Kamala Harris to officiate May nuptials of New Mexico governor 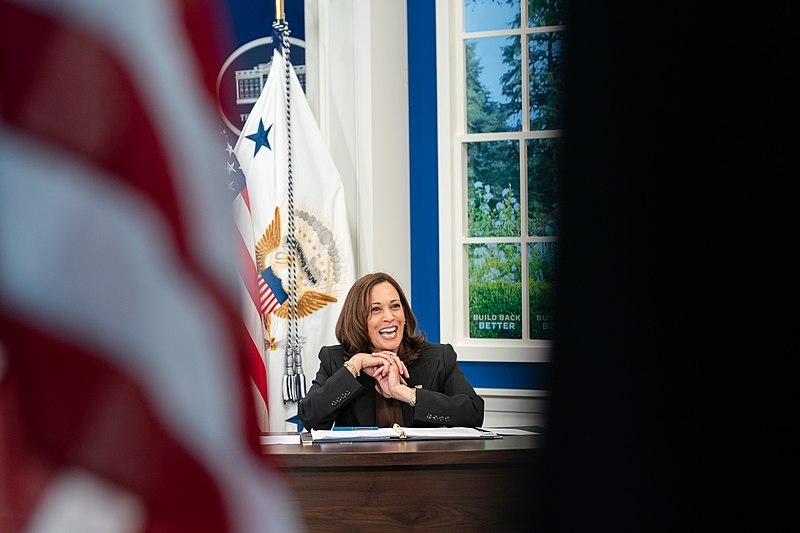 US Vice President Kamala Harris is set to officiate the upcoming wedding of New Mexico’s Democratic Governor Michelle Lujan Grisham. Harris will be officiating Lujan Grisham’s wedding to her fiance in May.

Lujan Grisham’s spokesperson announced this week that Harris would be officiating her wedding to fiance Manny Cordova, whom she has been with for 10 years. The ceremony will take place on May 21 in Washington DC. No other details were revealed about the upcoming nuptials.

“We’re delighted to celebrate our wedding in front of family and close friends,” Lujan Grisham and Cordova said in a statement. “Like so many New Mexicans, we’ve postponed family celebrations over the past two years during this pandemic. We feel fortunate to be with our loved ones in celebration of our marriage.”

Cordova was by Lujan Grisham’s side when she attended the inaugural mass in Santa Fe before she was sworn into office in 2019. Lujan Grisham is also running for re-election this year.

Lujan Grisham’s spokesperson, Jared Leopold, said that the couple originally planned on getting married in 2021 but did not set a date. Leopold also said that Lujan Grisham and Cordova are also planning to celebrate with friends and family in northern New Mexico in late May.

In other related news, Harris has brought on one of President Joe Biden’s top foreign policy aides to her team, according to Politico. Joining Harris’s office is top National Security Council planning official Rebecca Lissner, who would become Harris’s deputy national security adviser.

Lissner is currently serving as the acting senior director of the National Security Council’s strategic planning directorate, overseeing the Biden administration’s National Security Strategy. Lissner has also overseen the Russia Strategy Group, which is looking into the long-term effects of Russia’s unprovoked attack on Ukraine that is moving into its second month.

“Rebecca has been a tremendous member of the team and her promotion is well-earned. I’m very glad that we will continue to work together in her new capacity,” said National Security Adviser Jake Sullivan in a statement.

Aside from Lissner, Harris also welcomed former State Department aide Dean Lieberman to her team as a special adviser and speechwriter.