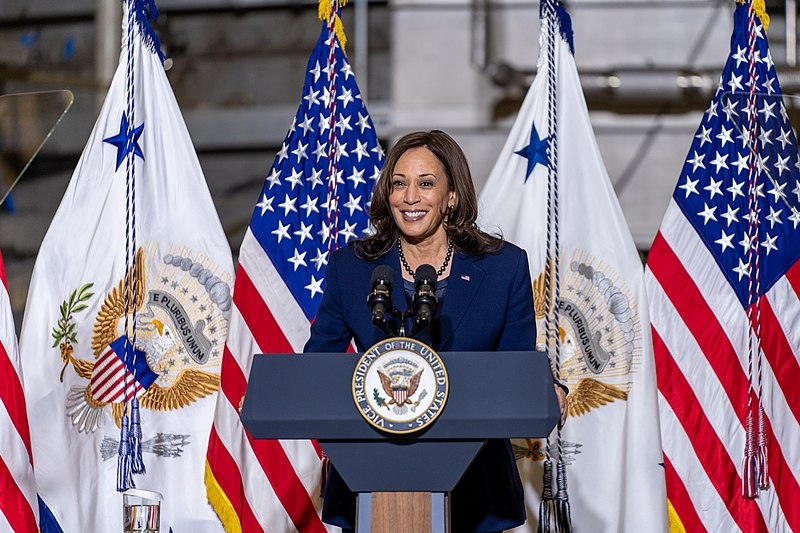 This week, US Vice President Kamala Harris announced some measures the Biden administration is taking when it comes to activities in space. Harris announced the first-ever ban on anti-satellite missiles.

During her remarks at the Vandenberg Space Force base in California, Harris announced that the Biden administration would impose a ban on anti-satellite missiles, becoming the first country to self-impose such a restriction. Harris said she also hopes other countries will follow their lead to ban such types of missiles as well.

China, India, Russia, and the US have all carried out anti-satellite missile tests, which have produced dangerous space debris. Harris cited the administration’s goal of making it “an international norm for responsible behavior in space.”

“These weapons are intended to deny the United States our ability to use our space capabilities by destructing, destroying these satellites, satellites which are critical to our national security,” said the vice president. “These tests, to be sure, are reckless, and they are irresponsible. These tests also put in danger so much of what we do in space.”

“Simply put, these tests are dangerous, and we will not conduct them,” said Harris.

In other related news, a recent Democratic National Committee fundraiser that Harris headlined in Los Angeles brought in $1 million. The fundraiser took place at the home of Matt and Dana Walden. Around 30 people were in attendance. Among them were J.J. Abrams, Reggie Hudlin, and Ryan Murphy.

During the event, Harris said she is approaching the upcoming midterms – which will determine whether the Democrats keep both majorities in the House and Senate or lose their majority to the Republicans – with a “great sense of optimism.” Harris urged Democrats to emphasize the reasons why people must vote in November, citing the achievements of the administration, such as COVID-19 vaccine distribution and the child tax credit, among others.