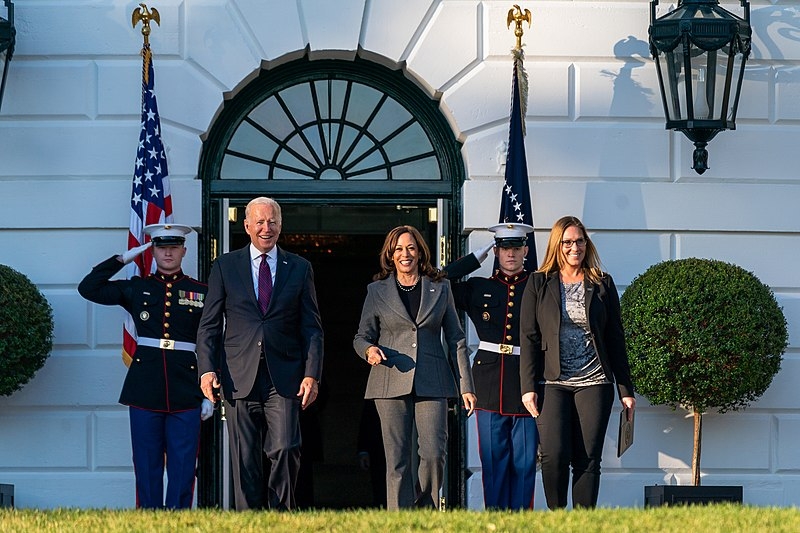 This week marks one year since the violent insurrection at the Capitol, where a mob of supporters of Donald Trump attempted to derail Congress’ certification of Joe Biden’s victory. Biden and vice president Kamala Harris are set to deliver remarks commemorating the incident.

Biden and Harris will be delivering remarks at the Capitol to commemorate one year since the insurrection, according to Bloomberg’s Jennifer Epstein. However, Trump has also announced that he would be holding a press conference on the same day, with the two events described by Garrett Haake of NBC News as a “split-screen event.”

To this day, Trump has refused to publicly admit losing to Biden during the 2020 elections, repeatedly peddling the false claim of election fraud as the reason for his loss. To note, numerous recounts and audits of election results found no evidence of widespread fraud and that Biden won by a bigger margin than previously revealed.

The House Select Committee probing the insurrection has already made progress with the amount of evidence and testimonies they have received. The FBI has also made hundreds of arrests of Trump supporters who participated in the insurrection of January 6. Five people were killed from the violence caused by the riots, and dozens of police officers were left injured.

In other related news, Biden honored legendary comedienne and actress Betty White, who passed away on December 31 at 99 years old. The US leader joined many who expressed sadness at the passing of White. Biden was informed of White’s death by reporters, and recalled that the actress was “a lovely lady.”

“Betty White brought a smile to the lips of generations of Americans. She’s a cultural icon who will be sorely missed. Jill and I are thinking of her family and all those who loved her this new year’s eve,” tweeted Biden.