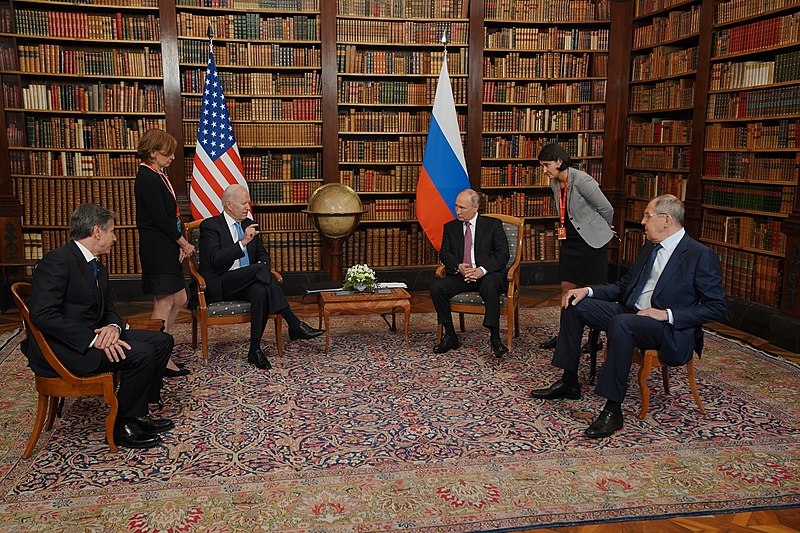 In light of what appears to be escalating tensions between the US and Russia over Ukraine, US President Joe Biden and his Russian counterpart Vladimir Putin spoke with each other this week. The call between the two leaders comes ahead of security talks between the delegations of both sides in January.

Biden and Putin spoke with each other this week, ahead of discussions between Russian and US officials in January. Both leaders exchanged warnings with each other regarding the situation with Ukraine in a phone conversation that lasted 50 minutes. The conversation was at Putin’s request and marked the second conversation between the two leaders this month.

According to the White House, both leaders reiterated their respective stances on Ukraine, with Biden stressing that there would be consequences against Russia should an invasion take place in the region.

“President Biden urged Russia to de-escalate tensions with Ukraine,” said White House Press Secretary Jen Psaki in a statement. “He made clear that the United States and its allies and partners will respond decisively if Russia further invades Ukraine.”

One senior administration official revealed that Biden laid out two “paths” during his call with Putin. One was of diplomacy and deescalation, and the other was of deterrence that included consequences such as economic sanctions and strengthening NATO’s force posture and military assistance to Ukraine.

According to the Kremlin, Putin also issued a warning to Biden, saying that sanctions would further strain ties between the US and Russia and the strain would be a massive mistake.

In other related news, a man from California was arrested in Iowa as he was allegedly on his way to Washington DC. According to the police, a man named Kuachua Brillon Xiong was in possession of an assault rifle and ammunition as well as a hit list that named Biden, White House Chief Medical Adviser Dr. Anthony Fauci, Meta CEO Mark Zuckerberg, and former Presidents Bill Clinton and Barack Obama.

Xiong was pulled over by law enforcement on December 21 after he was seen driving aggressively. The police suspected that Xiong may have planned criminal activity due to his behavior. During the traffic stop, Xiong started ranting about his disapproval of the government due to the sex abuse of children, which Xiong claimed occurred by Biden.

Xiong’s comments are in line with the QAnon conspiracy theory that high-level figures in government, particularly Democrats as well as celebrities, are engaged in child sex trafficking.