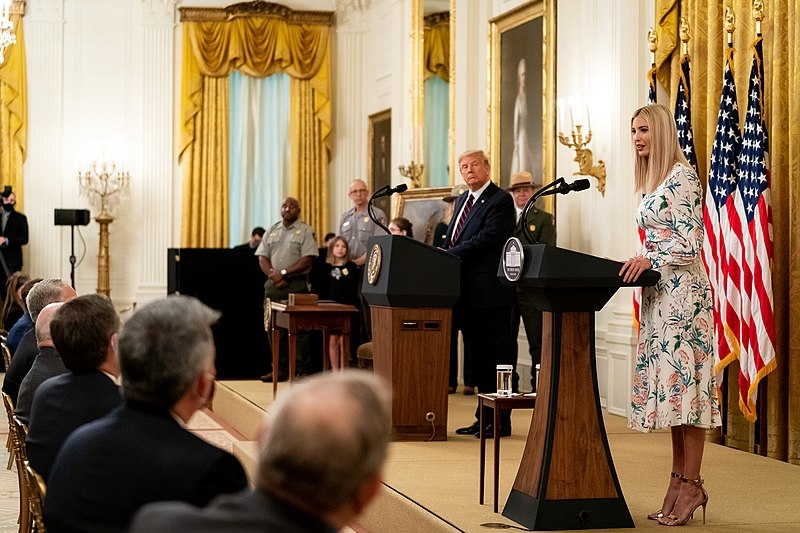 Despite the current economic and health crisis that is currently affecting the United States as well as the rest of the world, Donald Trump is still up for reelection this year and is set to receive a formal renomination by the Republican party. Trump’s eldest daughter Ivanka Trump was able to rake in more cash at the latest fundraiser, gathering $4 million.

Associated Press reports that Ivanka made an appearance at a virtual fundraiser for her father’s reelection campaign according to people who are knowledgeable in the matter. This also marks Ivanka’s return to the fundraising scene as her brother Donald Trump Jr. is already known for being a regular fixture at their father’s campaign events. RNC chairwoman Ronna McDaniel was also present during the virtual fundraiser held over Zoom. Around 100 people attended the fundraiser, in which Donald Trump also made a very brief appearance via phone call that Ivanka set on speakerphone.

Ivanka is the second-highest requested guest to appear after her father. Officials have revealed that she will appear in another fundraiser next week which will take place in Wyoming. The funds accumulated from the event will be used to pay for fieldwork as well as highlight the president’s pro-worker agenda.

“Ivanka is a tremendous voice for the re-election effort. Supporters across the country are eager to hear from her on issues ranging from the economy to workforce development and paid family leave,” said McDaniel in a statement.

Meanwhile, Karlie Kloss has hinted that she will not be voting for Donald Trump in the upcoming elections this November. Kloss hinted this during her recent Youtube video about the things she learned over the years. The model and Project Runway host also talked about the pandemic and the importance of voting in the elections. Kloss urged her followers and subscribers to register to vote as well as show up at the polls.

Kloss is the wife of Joshua Kushner, the younger brother of Ivanka’s husband Jared Kushner, who also serves in an advisory role in the White House. Kloss has also previously spoken out about her not voting for Trump or any Republican. Kloss revealed that she voted as a Democrat during the 2016 elections and still plans on voting as one in November.