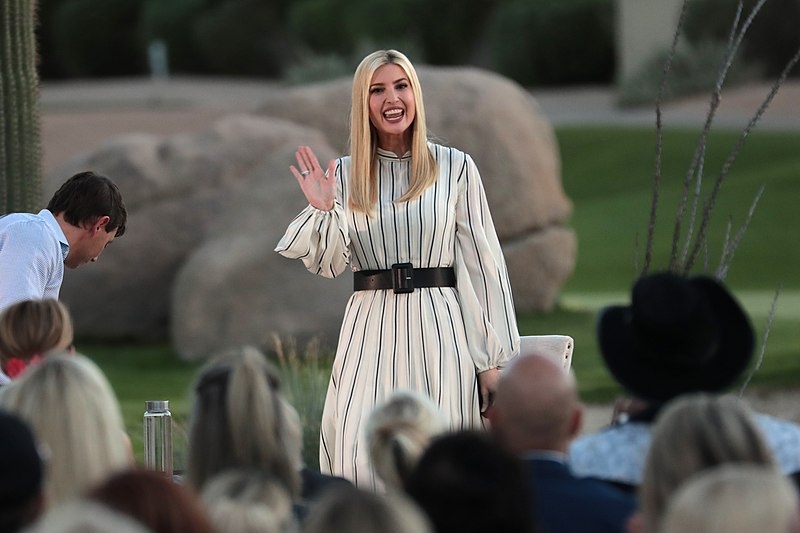 Father’s day this year follows the birthday of former President Donald Trump with many of his children posting tributes to the former president on social media. However, Trump’s eldest daughter and former White House adviser Ivanka Trump did not join her siblings in sharing a tribute to her father on social media this year.

Not many of the former president’s children shared father’s day tributes to him on social media this year. This also comes as not many of Trump’s children were also present during his 75th birthday last week. This also includes Ms. Trump, who served in an advisory role in her father’s administration.

While Ms. Trump stayed mum on social media since her last post of getting her second shot in the COVID-19 vaccine, her siblings Don Jr. and Tiffany Trump shared tributes to their father on Twitter. Eric Trump was also quiet on social media on father’s day.

Ms. Trump has largely stayed off social media since leaving Washington DC and relocating to Florida following the inauguration of Joe Biden and his incoming administration. This may also hint that Trump’s children are trying to distance themselves from the political messaging as of late. Following their departure from the White House, the Trump family also faces an onslaught of lawsuits and investigations, possibly feeling the legal pressure that lies ahead for them.

However, Ms. Trump’s silence on social media follows reports that she is focusing on her family. Her husband, former White House adviser Jared Kushner, also looks to reset his relationship with his father-in-law to a more traditional one. Nevertheless, they may have wished the former president a happy father’s day in private rather than on social media instead.