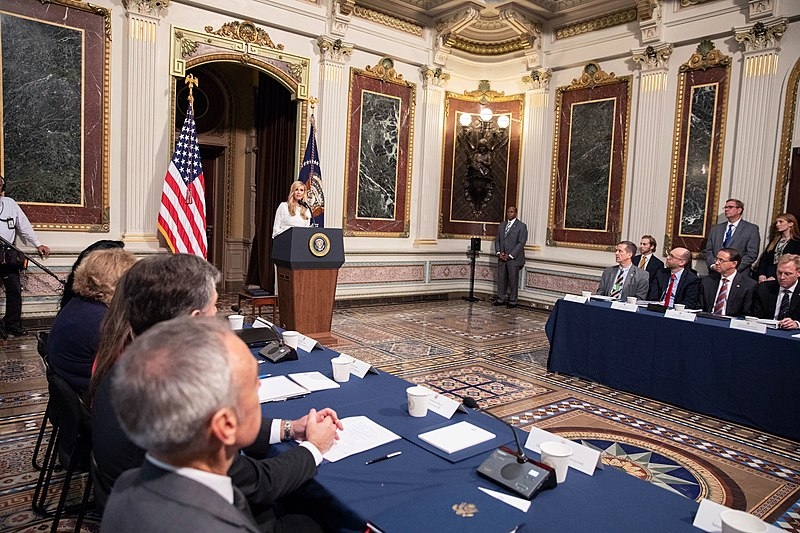 Even former President Donald Trump’s adult children are also subject to cooperating with the authorities regarding investigations surrounding their father and his businesses. During Ivanka Trump’s deposition back in December, the former White House adviser feigned ignorance when being questioned about the company’s top executive.

Authorities are now moving in towards Trump Organization executive Allen Weisselberg, who has been the former president’s associate for decades. One investigation is from the DC Attorney General, who filed a lawsuit against the Trump Organization and the Presidential Inaugural Committee for alleged misuse of inaugural funds. Ms. Trump was among those who were subject to a deposition back in December, and when questioned regarding Weisselberg, the former White House adviser said she could not remember who he is.

A copy of the transcript of the deposition was shared by Stephanie Winston Wolkoff, a former aide and friend to former first lady Melania Trump. Wolkoff shared in a thread on Twitter that Weisselberg was heavily involved in the $107 million budget of the Presidential Inaugural Committee in 2017.

“He is the - I would have to see what his, his, - I don’t know what his exact job title is, but he’s an executive in the company,” said the former first daughter when pressed on who Weisselberg was. To note, Weisselberg has been a Trump Organization executive since the 1970s, and Ms. Trump has been working for the company since 2005.

Trump’s former attorney Michael Cohen also commented on the copy of the deposition on Ms. Trump. Cohen said that Ms. Trump learned well from her father when it came to feigning ignorance. It should also be noted that Weisselberg’s financial records are also under investigation by New York Attorney General Letitia James, who announced last week that her investigation into the Trump family and the Trump Organization has become a criminal probe.

Netizens also commented on Ms. Trump’s responses to the deposition. One user said which among Trump’s three adult children would be the first to turn on their father, betting on Eric Trump. Another user said that Ms. Trump is lying in her deposition.

“Ivanka Trump must know he is the CFO. I don’t (know) what her game is here,” said another netizen. Others also mocked Ms. Trump’s responses.