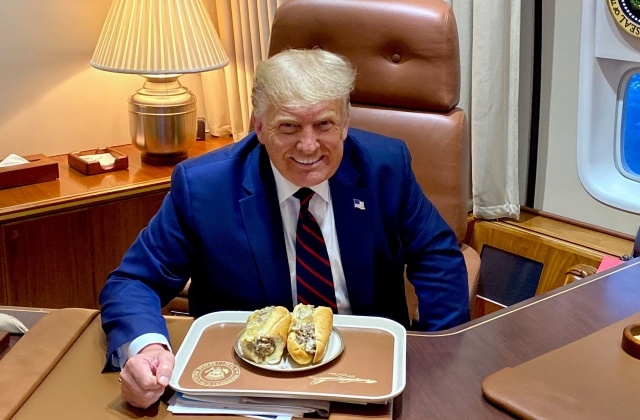 Donald Trump was said to have spent over $70,000 on hairstyling alone. And this is causing backlash because how can the POTUS shell out this much money on his haircut.

This story about Donald Trump was first published by The New York Times this week. Based on the report, this amount was said to have been used in the 11 years that he hosted the American TV series called “The Apprentice.”

The haircut and tax avoidance controversy

The publication wrote that the POTUS only paid $750 in federal income taxes in the years 2016 and 2017. It was said that how he was able to avoid higher taxes has something to do with his hair.

The explosive report also claimed that Donald Trump writes off payments to his daughter Ivanka Trump for consulting fees as well as debts amounting to $420 million. And the most intriguing, he allegedly wrote off the hefty $70,000 he used as expenses when he was still appearing in the said NBC program.

The massive tax avoidance is the center of the report since this is a serious case of tax evasion.

The big reveal coming from a reputable publication also alleged that at least $95,464 was paid to Ivanka Trump’s favorite hair and makeup artist.

This bombshell was discovered after the POTUS’ tax information that covers over two decades was obtained by The New York Times. Those who saw it were shocked for the extensive write-offs and debts costing hundreds of millions are already due. The outlet also promised to release more findings in the coming days.

Rep. Alexandria Ocasio-Cortez, the U.S. Representative for New York's 14th congressional district, blasted the president after the haircut bombshell. She has had several feuds with the POTUS before and AOC, as she is also called, can’t help but call out Donald Trump again.

“Last year Republicans blasted a firehose of hatred + vitriol my way because I treated myself to a $250 cut & lowlights on my birthday,” she tweeted. “Where’s the criticism of their idol spending $70k on hairstyling? Oh, it’s nowhere because they’re spineless, misogynistic hypocrites? Got it.”

Finally, Ocasio-Cortez also called out the Republicans for their lack of reaction to this new expose about Donald Trump. She is asking them why they are not criticizing Donald Trump at all.