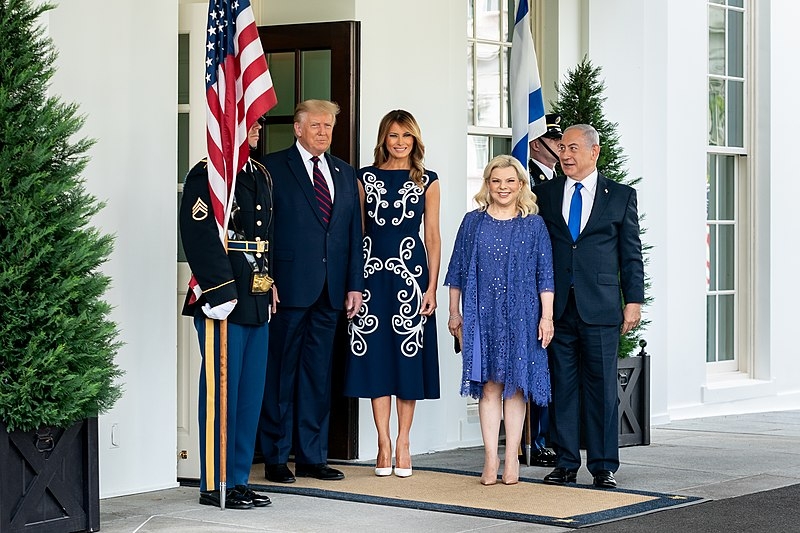 Many former Trump administration aides have since spoken out against Donald Trump, even a former aide to first lady Melania Trump. Former White House official and reality tv star Omarosa Manigault Newman has also revealed that she has recordings of Trump’s daughter-in-law Lara Trump, making disparaging comments about the first lady, Donald, and his daughter Ivanka Trump.

The Daily Mail reports Omarosa appeared on Mea Culpa, the podcast hosted by another former Trump aide, Michael Cohen, who served as Trump’s personal attorney. Both Cohen and Omarosa are now critics of Trump and his administration. Omarosa left the White House in January 2018. By August 2018, the reality tv star released recordings of Lara Trump’s job offer to her promising $15,000 a month but has now revealed she has more recordings of Trump’s daughter-in-law, who is married to Eric Trump.

Omarosa also previously expressed regret for being complicit to Trump since leaving the White House.

Meanwhile, Melania is known for previously being a fashion model prior to meeting her husband. As with many first ladies before her, Melania’s fashion choices are also often talked about. An expert has shared that since becoming the first lady, Melania’s style has also evolved.

Speaking to Express, Gianni Casagrande of footwear brand Moda in Pelle explained that while Melania’s style is a lot more serious since entering the White House, her style evolution began much earlier during her husband’s early bid in 2000 to enter politics. While Melania’s style has become more serious over the years, she still maintains a few of her signature features, such as bright colors and glamorous accessories.