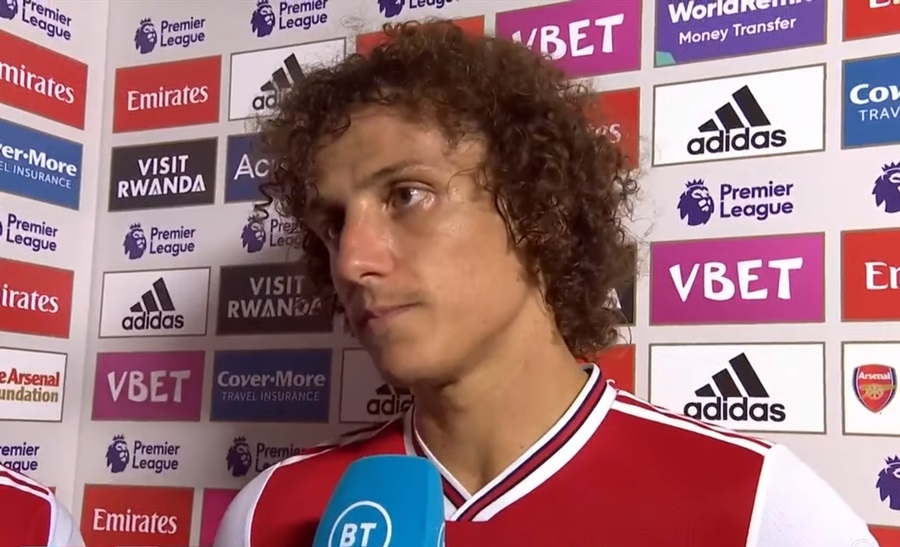 Photo via Screenshot of ArsenalTVHD/Youtube

Arsenal’s defensive side remain unaddressed by Unai Emery, with David Luiz among the major factors that are contributing to this poor performance. The club was poised to cruise their way into victory yesterday when Arsenal played against Watford.

The Gunners were up 2-0 early on but the game ended on a dismal 2-2 instead. Pierre-Emerick Aubameyang led the charge and scored both goals, but his efforts were ultimately wasted when Sokratis Papastathopoulos and David Luiz committed individual mistakes.

The former screw up a pass that went straight to Tom Cleverly, while the latter gifted a penalty foul to Roberto Pereyra. Suffice to say that David Luiz is facing more criticisms from fans and analysts alike.

David Luiz is digging a deeper hole for himself

At this point, it’s still unclear why the 32-year-old is committing all these mistakes since he’s considered as a veteran defender in the league. Indeed, David Luiz was brought into Arsenal specifically to shore up its defensive side.

So far, however, the result has been the opposite. In his four games with Arsenal, David Luiz already gave out two penalty kicks. To put that into perspective, he has only given four spot-kicks in 160 games during his stint with Chelsea. Former Arsenal star Martin Keown previously said that the Brazilian needs to be taught basic defending skills due to him looking lost on the pitch.

David Luiz appears to be a liability

“Liability Luiz gave away a cheap penalty by pulling on Mohamed Salah’s shirt,” Keown said, referencing the defender’s massive gaffe when Arsenal played against Liverpool. “He failed to anticipate the movement of the Egyptian, then his ego caused him to tug back Salah rather than wait to see if the Liverpool man would score.” Dean Saunders has a similar sentiment saying that David Luiz’s mistakes stem from the fact that he no longer has his former Chelsea teammates to cover for his defensive lapses.

Former Chelsea midfielder Emmanuel Petit also criticized the Brazilian a few weeks ago when he said that Frank Lampard did the right thing when he offloaded the veteran, adding that it should’ve been done sooner. For his part, David Luiz said that he’s going to try and redeem himself in future games and anticipated all the criticisms that he’s currently receiving. Unfortunately, the 32-year-old has yet to find his rhythm on the field leading to a lot of individual mistakes that are causing the backlines to collapse.