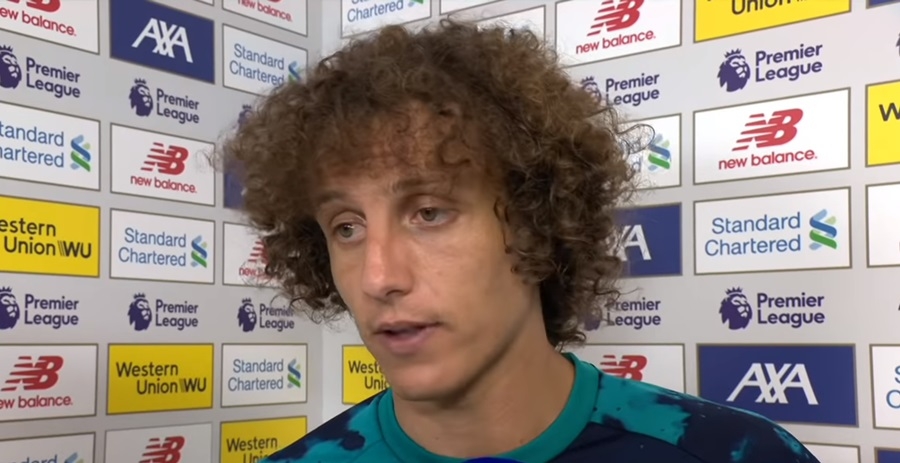 After David Luiz joined Arsenal, it was highly believed that his addition would solve the defensive issues that have been plaguing the club. Unfortunately, things look unpromising for the Brazilian player judging by his recent games.

When Arsenal collided against Tottenham yesterday, David Luiz’s defensive presence was basically non-existent. But his performance against Liverpool is still the most damning evidence that Luiz – touted as an experienced defender – is actually a liability for Arsenal.

There have been multiple analysts and legends in the game that criticized David Luiz, the most recent of which came from former Arsenal star Martin Keown. Keown argued that Luiz needs to be taught basic defending skills and Arsenal should have him spend time with a defensive coach, Metro reported.

David Luiz’s poor defensive performance has long been a habit

“Liability Luiz gave away a cheap penalty by pulling on Mohamed Salah’s shirt. He failed to anticipate the movement of the Egyptian, then his ego caused him to tug back Salah rather than wait to see if the Liverpool man would score,” Keown said. He continued that David Luiz’s poor performance has long been a habit of his and should be addressed by Arsenal as soon as possible.

The criticism essentially mirrors what Dean Saunders previously said when he slammed the Brazilian last week. He said that David Luiz’s mistake wasn’t as glaring when he was with Chelsea as his teammates were there to cover for him. With that luxury gone, the 32-year-old’s inadequacies are being exposed.

To his credit, David Luiz isn’t hiding from all the criticism and is facing them head-on. He admitted that his gaff in the Liverpool match was inexcusable and is looking to redeem himself.

The fans, of course, have been polarized, with some still believing that David Luiz has it in him to shore up the defensive line of Arsenal. Indeed, one fan even went on to say that he’d rather have the Brazilian over Van Dijk, which is absolutely mental given the disparity of skills between both players.

The fact of the matter is that Arsenal needs a lot of help in the defensive line and David Luiz – as much as he’s being billed as a great defender – won’t be enough to cover those holes. Going by how everything has unfolded so far, Keown may have it right that the Brazilian needs to work with a defensive coach if Arsenal means to finish at least in the top four this season.