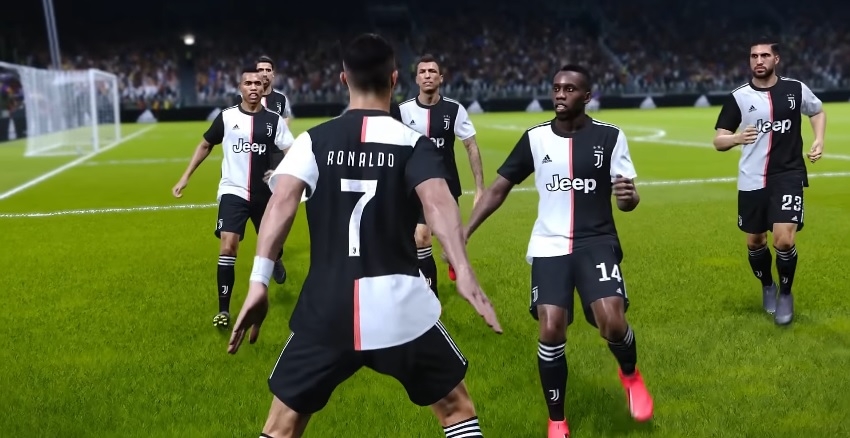 In a few months, football and video game fans around the world are likely getting an update about “eFootball PES 2021,” including the early teasers for the sim’s next iteration. Meanwhile, fans have already made their preference known on who they think should be featured in the next game’s main cover.

There has been a total of 19 installments of “Pro Evolution Soccer” and “eFootball PES,” and several covers featured the same athletes. Cristiano Ronaldo and Lionel Messi are probably the most recurring featured athletes in the series covers, and it is not surprising that they are still the top choices for fans already looking forward to the release of “eFootball PES 2021.”

In a poll hosted by FIFPlay, hundreds of fans have voted for their choice of “eFootball PES 2021” cover athlete. Emerging on top is Ronaldo garnering 24 percent of the votes, followed by Messi with 19 percent. There is quite a significant gap between these two and the other players that follow them in the polls, including Zlatan Ibrahimovic, Mohamed Salah, and Kylian Mbappe.

Ronaldo has been on the cover of “PES 2008” with Michael Owen, “PES 2012,” and “PES 2013.” This means it is not impossible for him to make a comeback in “eFootball PES 2021.” Messi just got his fourth cover athlete stint for the series in “eFootball PES 2020,” so that might be saying something about the likelihood of seeing him again in the next game’s cover.

On the other hand, Konami can also surprise fans by featuring a different player in the cover of “eFootball PES 2021.” The video game company also chooses the cover athlete based on the franchise deals they clinch for every iteration, so fans may end up seeing another talented soccer player other than Messi and Ronaldo.

The good thing about serial sports video game sims, they often have a consistent announcement and release date timetable every year. It is safe to expect Konami to unveil “eFootball PES 2021” at the E3 2019 in June. New installments of the game have also been typically launched in the fall season. But considering Konami’s competition with EA Sports’ “FIFA” series, fans might see another release date landing sometime in September.