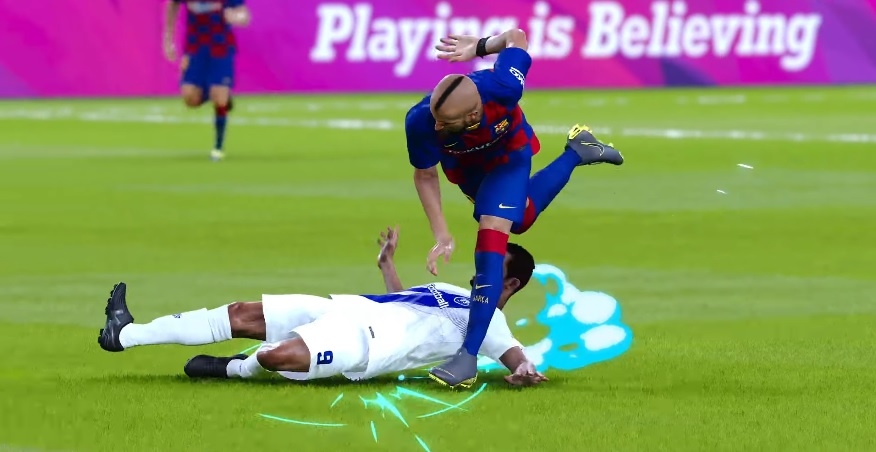 The sets of major content updates for “eFootball PES 2020” are known as Data Pack, so it is understandable that fans are expecting it also to include changes that would benefit the gameplay experience. However, fans are not impressed with the teased content arriving with the Data Pack 4.0 update.

‘eFootball PES 2020’: Why fans are not impressed with the Data Pack 4.0 teasers

This week, Konami confirmed that the “eFootball PES 2020” Data Pack 4.0 is arriving soon and provided a glimpse of what would be added through this patch. It appears that, once again, the developer has focused most of its efforts on Player Faces changes. It is not entirely a wrong thing, but fans replying to the developer’s post have made it clear that they want more than just updates on the visuals.

Konami’s tweets teasing the arrival of “eFootball PES 2020” Data Pack 4.0 have been filled with replies from disgruntled fans. The players are insisting that changes in the Player Faces are not their biggest concern right now as they hope Konami would heed to their feedback about certain aspects of the gameplay.

Can't wait? Well, how about some new player faces in the meantime...
#eFootballPES2020 pic.twitter.com/p4XZ4XBYo7

“eFootball PES 2020” players have since pointed out the updates that they prefer to see rather than Player Faces tweaks, including smoother movements, matchmaking, and the overall online gameplay. Some fans have also claimed that matches in the football sim are scripted.

Would you believe us if we told you that there were still some Data Pack 4.0 player faces you haven't seen yet?

Well, with over 50 new faces, we've still got a few to spare ????
#eFootballPES2020 pic.twitter.com/s8epMKkibA

‘eFootball PES 2020’ update: Will there be gameplay fixes?

To be fair, there is a chance that Konami is also cooking up some gameplay updates to be released in Data Pack 4.0 but chose to only tease the Player Faces changes for now. It can be recalled that fans had a similar reaction to Data Pack 3.0 previews. But it later arrived with a rather short list of gameplay fixes, so there is a chance it would be the same outcome for Data Pack 4.0.

Konami has also yet to announce a specific release date for Data Pack 4.0. But it is promised to go live on “eFootball PES 2020” within this week. The teasers for the next content update is confirmed the Player Faces animation for Jordan Henderson, Valentino Lazaro, Wesley Moraes, Wayne Rooney, Robin Koch, Niklas Stark, Jonathan Ikoné, Joachim Andersen, and Takefusa Kubo.