Will Canada finally get pharmacare? 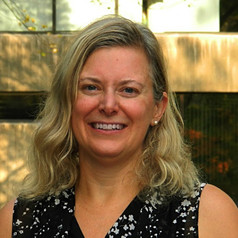 When I had lymphoma 12 years ago, I needed to take the drug filgrastim (Neupogen) to get my white blood cell count high enough that I could take my next chemotherapy treatment on time. Before prescribing it, my oncologist asked if I had insurance. I did. And so, I took the drug, which at that time cost well over $1,000 per syringe.

I was lucky. I had a type of lymphoma that often affects young people. Many other young people with cancer have no insurance and are unable to take the drug or have to go into debt to afford it.

Just two months before the 2019 federal election, Dr. Eric Hoskins, chair of the Advisory Council on the Implementation of National Pharmacare, released A Prescription for Canada: Achieving Pharmacare for All, which recommended a universal pharmacare program.

In the recent election, both the Greens and the NDP promised universal pharmacare. The Liberals promised to take “critical next steps” to implement pharmacare. Of the national parties, only the Conservatives remained unenthusiastic.

Pharmacare would allow Canadians to access life-saving drugs. It could also save money. A 2015 report published in the Canadian Medical Association Journal showed that universal pharmacare could reduce total spending on prescription drugs by $7.3 billion. The savings would come through bulk purchasing.

Why has pharmacare taken this long?

The 1964 Hall Commission that helped create Canada’s medicare system recommended that prescription drugs be included, but the focus at the time was on physician services.

Today, private and public spending on drugs is almost equal to what Canadians pay for physician services. But in the late 1950s and early 1960s, Canadians spent more than three times as much on doctors than they did on prescription drugs. As a result, physician services seemed more urgent.

The Hall Commission also expressed concern about the high price of drugs in Canada. Canadian drug prices were skyrocketing as new drugs were developed. But the industry was also highly profitable. Drug companies were spending more and more on advertising and promotion. Other countries that had included drugs in their public health systems, including New Zealand, Norway and the United Kingdom, were struggling to control costs.

The Liberal government at the time was already worried about the cost of funding physician services. Leaving drugs out at this stage just made sense.

In the 1970s, provincial drug plans grew rapidly, usually covering seniors and people in receipt of social assistance. A number of provinces also established universal schemes, although these usually only covered drug costs over a certain threshold and were subject to budget cuts in the late 1980s and early 1990s.

The most extensive pharmacare program is in Québec, which requires employers to provide drug benefits to their workers. People not eligible for insurance through their workplace must enrol in a government-administered plan. Today, most provinces offer catastrophic drug coverage.

Costs in Québec higher than anticipated

By the late 1990s, after years of cuts, Canadians were worried about the health-care system. In 1997, the National Forum on Health, an advisory body established by the prime minister, recommended national pharmacare. The Liberals included pharmacare in their platform that year.

But as political scientist Katherine Boothe has shown, there was little appetite for implementing pharmacare. Governments were worried about maintaining existing programs, not introducing new ones. The provinces and the federal government also looked to Québec, which had the most comprehensive program in Canada. Costs in Québec were proving to be much higher than anticipated.

In 2002, two important reports were released: The Royal Commission on the Future of Health Care in Canada (the Romanow report) and The Health of Canadians — the Federal Role (the Kirby report). These reports shifted the conversation from national pharmacare to catastrophic drug coverage and a national purchasing program.

In 2004 at a meeting of the Council of the Federation (a gathering of the 13 provincial and territorial leaders), the premiers recommended a national pharmacare plan. But support for the plan was weak. The 2004 Health Accord, which promised substantial new funds to the provinces for health care, only agreed to cost-out options for catastrophic drug coverage.

Liberals need to negotiate with provinces

But the Liberals will need to negotiate with the provinces, and the mostly Conservative premiers are unlikely to make that easy. The insurance industry also has a lot to lose.

The Canadian public, the vast majority of whom have access to drug benefits through their workplace, will be sensitive to any tax increases that might result.

It will be a struggle, but national pharmacare would save money, reduce unnecessary hospitalizations, keep Canadians healthier and protect families from catastrophic drug costs.

Let’s hope that the time has finally come.