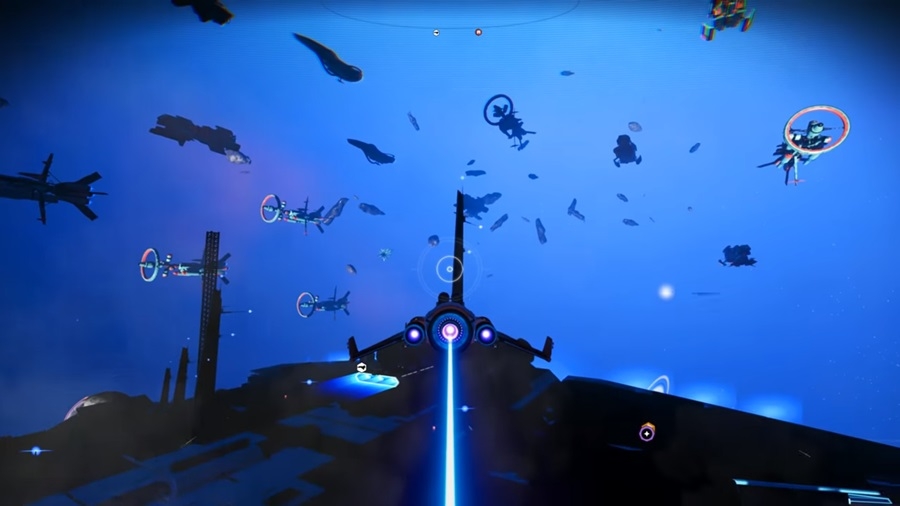 Photo via Screenshot of KhrazeGaming/Youtube

“No Man’s Sky Beyond” is the evolution that made the game surpassed its former self by light years ahead. There are a ton of content to consume, grinding is no longer a grueling task, and the quality of life has been improved to make it feel that the game is assisting your exploration, not obstructing it.

Even the stories – main or otherwise – has been streamlined by “No Man’s Sky Beyond” so that the narrative is tight and coherent, connecting them to form a larger web. There’s no denying that this is the best time to hop in on the game, whether you’re someone who picked it up in the past and walked away or is a complete newcomer.

This is especially true since “No Man’s Sky Beyond” upped the multiplayer count by a large amount. For console players, they can invite up to eight people, while those on PC can push that number up to 32, TechRadar reported.

There’s no longer that looming feeling of being alone in the universe as “No Man’s Sky Beyond” made sure that there will always be company should you need assistance on a particular task. Looking at the mission board will almost always show you that someone may be looking to finish up something that you’re also interested in completing.

That is a huge factor for beginners as exploring the vast space of “No Man’s Sky Beyond” may be daunting the first time around. Add the fact that some veteran players may be generous with what they’re giving out and the experience just gets more immersive from there.

And what’s great about this is that “No Man’s Sky Beyond” made sure that the multiplayer aspect doesn’t overshadow the single-player experience at all. You can still explore space on your own without having the need to ask for assistance. Sure, it may take longer to finish up missions, but if you’re contented to roam in your own world at your own pace, then the game doesn’t punish players one bit, Gamespot reported.

No Man’s Sky Beyond is still a hostile game

However, all of these doesn’t mean that “No Man’s Sky Beyond” isn’t a hostile game anymore. Sentinels are always there to pose a threat although their hostility has been decreased to make grinding a little easier. At the end of the day, however, it’s still “No Man’s Sky.”

The core of the game is still intact, and the mechanics haven’t been drastically changed by this latest update. But there’s no denying that “No Man’s Sky Beyond” has finally pull Hello Games from the deep hole it found itself in three years ago. The game is breathtaking, immersive, and offers what the developers previously promised: an exploration game that you can get lost in for hours on end.