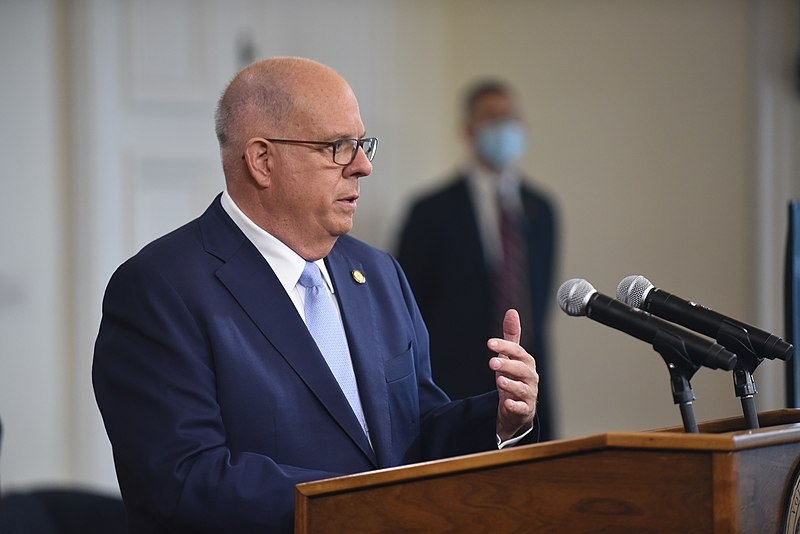 The recent decisions made by the Conservative-majority US Supreme Court have resulted in public outrage and backlash for reversing several policies that are popular amongst the citizens. With widespread protests happening in the country, a top Supreme Court official has called on Maryland’s Governor Larry Hogan to bar protests outside the homes of the Supreme Court justices.

Reuters reports Supreme Court marshal Gail Curley wrote a letter addressed to Hogan Friday last week, asking Hogan to enforce laws that prohibit picketing outside the homes of the Supreme Court justices in his state, saying that the protests have increased “threatening activity.”

In his letter, Curley cited a law in Maryland that prohibits people from deliberately assembling “in a manner that disrupts a person’s right to tranquility in the person’s home.” Curley also reminded Hogan that back in May, he expressed concern over the protests happening outside the homes of the justices in his state.

Hogan also wrote a joint letter with Virginia Governor Glenn Youngkin, calling on US Attorney General Merrick Garland to enforce a federal law that bars protests that are intended to influence judges on pending cases.

“I am writing to request that the Maryland State Police, in conjunction with local authorities as appropriate, enforce laws prohibiting picketing outside the homes of Supreme Court justices who live in Maryland,” said Curley in his letter that was published on the Fox News site.

This comes as widespread protests have begun since the high court overturned the landmark 1973 Roe v. Wade ruling that legalizes abortion and women’s reproductive rights. Abortion rights activists have begun staging protests outside the homes of Chief Justice John Roberts and Justice Brett Kavanaugh in Maryland and the home of Justice Samuel Alito in Virginia.

Democratic Congressman Mondaire Jones told MSNBC’s Mehdi Hassan Sunday that there is still a way to protect the rights and freedoms of women through Congress to prevent the Supreme Court from striking them down.

Jones explained that the way to do so is to expand the Supreme Court by four more seats in order to permanently preserve fundamental rights.

Jones also disagreed with President Joe Biden’s opinion that expanding the Supreme Court would be “polarizing” as the public already has a low opinion of the high court especially after the overturning of Roe v. Wade.