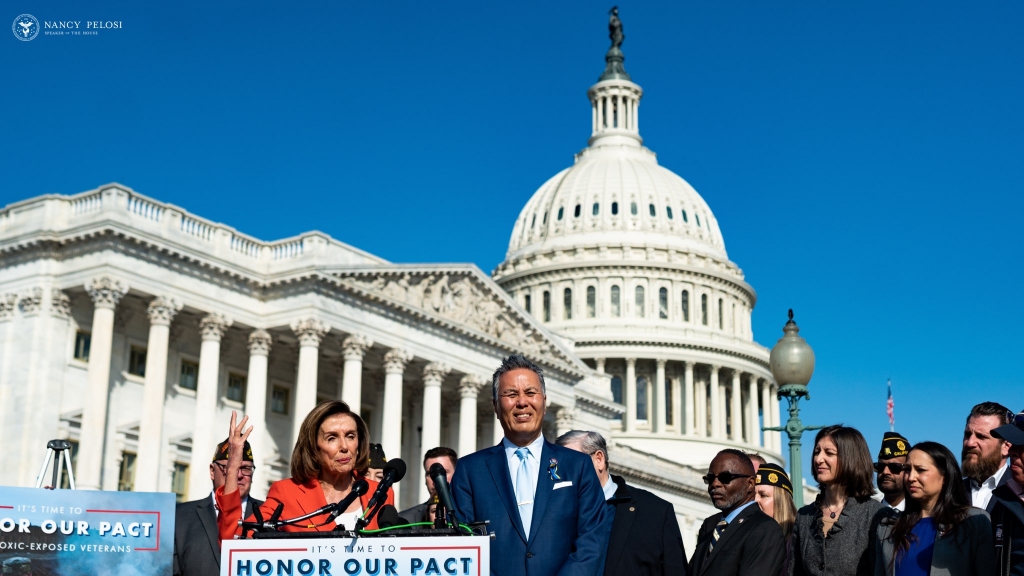 This week, the US House of Representatives took up a bill that would provide healthcare for veterans who have been exposed to burn pits and their after-effects. The House passed the legislation in a bipartisan vote and will move towards the Senate.

The US House has approved legislation called the Honoring Our PACT Act Thursday, which will provide healthcare and benefits to veterans who have been exposed to toxic burn pits. The bill was approved on a bipartisan vote of 256-174, with 34 Republicans voting with all Democratic representatives in support of the bill. 174 Republicans voted no.

The bill would designate 23 respiratory illnesses and cancers as linked to toxic exposures related to military burn pits and exposures to airborne hazards. The Veterans Affairs Department currently decides the claims on a case-to-case basis, except for those who filed for asthma, rhinitis, or sinusitis. The bill was authored by California Democratic Rep. Mark Takano.

The push to pass the bill was boosted during US President Joe Biden’s State of the Union address earlier this week. Biden called on Congress to pass legislation that would care for veterans who would be exposed to burn pits to end up suffering or dying from severe diseases linked to it.

“I’m calling on Congress: Pass a law to make sure veterans devastated by toxic exposures in Iraq and Afghanistan finally get the benefits and comprehensive health care they deserve,” said Biden during his address. The US leader recalled the memory of his late son Beau Biden, who died in 2015 from brain cancer, saying that while it is not clear if exposure to the burn pits was the cause of his illness, he was “committed to finding out everything we can.”

Meanwhile, US House Speaker Nancy Pelosi said that she is in favor of banning Russian oil shipments to the US, which could further isolate Russian dictator Vladimir Putin and his regime as Russia continues to go on the offensive against Ukraine.

Despite the sets of sanctions targeted at Russia, the US leader has apparently been reluctant to curb the oil shipments from Russia or impose energy sanctions that could reduce the supply of oil in the midst of rising gas prices. However, Pelosi’s support for the idea that already has Republicans on board and a growing number of Democratic lawmakers.