The problem with transport models is political abuse, not their use in planning 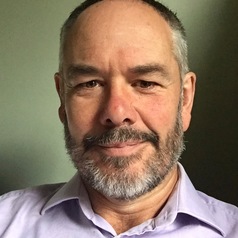 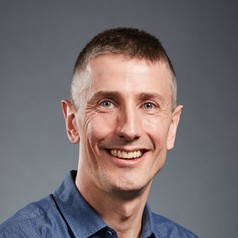 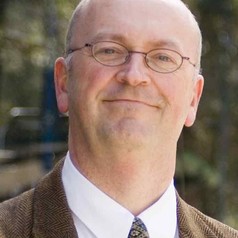 This is the second article in a series to mark the 50th anniversary of the landmark Melbourne Transportation Plan.

Transport models are often singled out as a barrier to providing more sustainable and equitable transport services. However, abandoning transport models would most likely weaken planning, not enhance it. But getting the best out of such modelling requires transparency to overcome the increasing problem of its misuse to justify predetermined political decisions.

On the 50th anniversary of the Melbourne Transportation Plan, we review the role of transport modelling as a planning tool. What are models now telling us about the future of Australian cities?

The 1969 Melbourne Transportation Plan was based on the Chicago Area Transportation Plan, an approach that other Australian cities then adopted. A feature was the extensive collection of travel data, often for the first time. Newly available computer models were then used to predict travel demand, which the plan sought to accommodate.

This is often referred to as the “rational” or “predict and provide” approach to transport planning.

By today’s standards, the goals of the ’69 plan sound like a utopian dream of free-flowing freeways and frequent, comfortable public transport services. It assumed a population living in detached housing on quarter-acre blocks.

Melbourne’s “solution”, and that of many other cities, was to build an extensive freeway network. The car took over from the rail system as the primary mode of travel.

Today’s reality shows this has been no solution to the seemingly intractable problems of congestion and overcrowding, coupled with inequitable access to services, jobs and other opportunities.

In response, it seems Australian transport agencies have abandoned the preparation of comprehensive transport plans. Gone are the days of foreshadowing projects decades into the future, with land for these road and rail projects being reserved in the planning scheme.

We operate in an era where political mandates have replaced comprehensive planning. Transport models are no longer used to plan for the future. Instead, they are used to justify the most recent announcement.

The nexus between transport models and the justification of controversial projects results in much critical commentary. The models become guilty by association.

It is true model outputs are far from infallible. One problem is that models depend on key input assumptions such as future population. The ’69 plan, for example, assumed Melbourne would reach a population of 3.7 million by 1985, but this didn’t occur until 20 years later.

The early models also ignored the problem of induced demand – the tendency of new transport infrastructure itself to generate additional demand.

Aside from the inherent challenge of predicting the future, models suffer from the problem of “strategic misrepresentation” – more simply, lying. This can occur when models are called upon to justify a predetermined political decision.

The best safeguard against such behaviour is transparency. This is achieved by making the detailed modelling results available for peer review. Under these conditions, models can provide useful planning intelligence.

More of the same is a poor plan

A recent Infrastructure Australia report predicts worsening road congestion and public transport crowding over the coming decades in all Australian capitals. These predictions are the result of the lack of endorsed strategies to deal with population growth coupled with Australia’s dependence on the private motor vehicle. Indeed, the report highlights many examples where major new road projects will worsen congestion by encouraging more car use.

A lesson from the past 50 years is that Australia’s major capitals occupy large areas by world standards and are ill suited to a transport strategy based on low-occupancy vehicles. It isn’t surprising “Europeanesque” inner suburbs based around walking, cycling and public transport are increasingly valued as preferred places to live.

Can modelling be blamed for our collective failure to devise a realistic plan to accommodate our cities’ growing populations? At what point does the reality of everlasting congestion trump predictions of incremental travel time savings?

US President Dwight Eisenhower once said: “Plans are worthless, but planning is everything.” Intuitively we know the pressure of population growth and the climate emergency demand a considered response. The recent work of Infrastructure Australia provides a prediction of the scale of this challenge.

We urgently need a sensible discussion about developing a realistic plan to deal with this challenge. Doing more of the same, as we have done over the past 50 years, doesn’t sound like a solution to us.