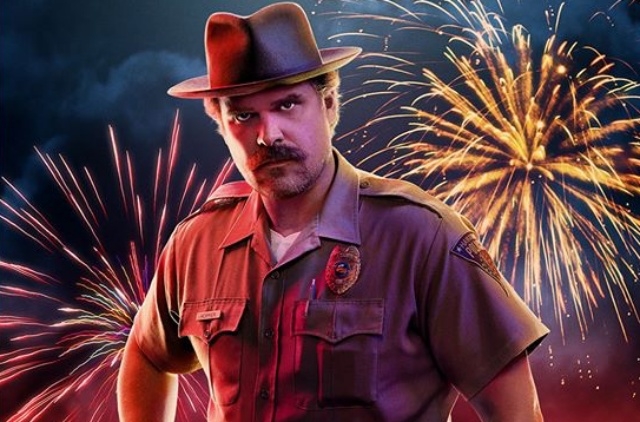 “Stranger Things” season 4 is already anticipated even if the last chapter only ended several months ago. There were many cliffhangers in the finale of the third installment, so the viewers can’t wait to see what will happen next.

One of the things that fans want answers now is if Hopper (David Harbour) is alive. This is because he was assumed to have died when the machine that sealed off the entrance to the Upside Down exploded while he was still inside the chamber. His body was never found, and he completely disappeared.

There was a theory that Hopper is alive and could have been transported to Russia. This idea made fans happy since they are not prepared to lose this major character yet. Screen Rant mentioned that the American man that the Russian authorities have gotten a hold of is actually Hopper, and he could have ended up in that country due to the power of the machine when it blew up in “Stranger Things” season 3.

But then again, while a growing number of fans are now convinced that the sheriff is alive, a new theory has surfaced, suggesting that he is not coming back. It was said that David Harbour’s time in the show has ended, and as proof, in the latest listing of cast members for “Stranger Things” season 4, the 44-year-old actor is not on the list anymore.

In IMDb’s cast list page for the fourth season of the sci-fi drama, everyone else’s name is there except for Harbour. It was said that a source also shared that while the other main characters’ have been confirmed to appear in the drama until 2021, Hopper’s time had ended in the previous chapter when he sacrificed himself to save Hawkins and everyone in it.

Meanwhile, aside from the exclusion of Harbour in “Stranger Things” season 4, it was also reported that this is the final season already. As per the Independent, the producers originally planned to end the show after five seasons but changed their minds and just extended the fourth installment instead.

This means that they will just add extra episodes and release them as part 2 of season 4. In any case, “Stranger Things” season 4 has no official release date yet as of this time.