‘One Piece’ chapter 971 spoilers: Oden is captured as Kaido hinted there’s a traitor in Kozuki Castle - Who is it? 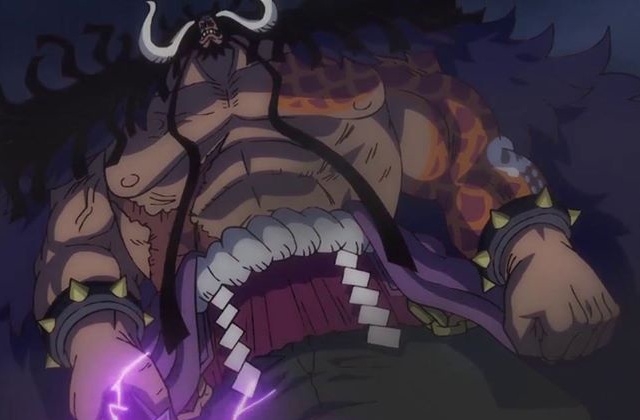 “One Piece” chapter 971 is supposed to be released this week, but it has been moved as the manga is on break. Despite this, the spoilers are already available to know the details of what is up ahead.

“One Piece” chapter 971 will continue from the “Oden vs. Kaido” narrative, and it can be a heartbreaking spiel for the fans. This is because it will be the end of Oden’s backstory, and it is not exactly a happy ending because although the Toki and the Scabbards live on, it is not the same outcome for Oden.

The traitor in Oden’s side

“One Piece” chapter 971 is expected to give more hints as to who the traitor in Oden’s side could be. The existence of this traitor emerged because when Oden arrived in Kaido’s stronghold, he found him and his men waiting for him. Apparently, he knew that he is coming, and there is no way that this could have happened except in the case if there is someone spying in Oden’s Kozuki castle.

Someone tipped off Kaido, and this is why he was able to intercept Oden and the nine red scabbards midway. Kaido is prepared for the war, but as Shinobu also arrives to give some help to Oden and his group, they are slowly taking down the enemy’s army. Oden was also able to stop Kaido and cut him a bit before he changed back to his human form.

However, there was an unfortunate turn of events as the old hag appeared and pretended to be Momo, which distracted Oden. That tactic worked, and Kaido knocked out Oden; thus, he and the scabbards were caught and imprisoned.

Now they are being lined up to be boiled alive for their execution. “One Piece” chapter 971 will show that only Oden will die, and the scabbards will escape after Toki helped them travel to the future.

On Reddit, it was suggested that the traitor is Kanjuro, and some of the fans agree. One of the reasons that many fans think he is the betrayer is because the things that happened before Oden and Kaido fought made it appear that Kanjuro has something to do with the enemy getting information about Oden’s moves.

Also, it was said that Jack learned two major details from the traitor, and these are: how to get to Zou, and second, Raizo is there. Kanjuro is the only person that could have provided that information to Jack because he has a way of getting to Zou, and he knew that Raizo was in that location. Lastly, Kanjuro has the ability to send messages using his painted creatures, and he could have used this method to send information undetected.

“One Piece” chapter 971 was originally scheduled to be released on Feb. 9, but it was moved to Feb. 16 per Otakukart. Fans can easily read this story via Crunchyroll and VIZ media.