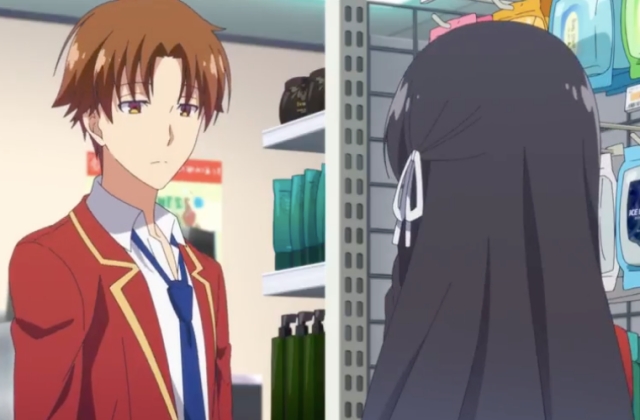 Fans have been waiting for “Classroom of the Elite” season 2 for a long time now. Apparently, the anime series has been greatly delayed, and with the lack of information, many already assumed that it had been canceled after the first season concluded in 2017.

Has the series been renewed yet?

Even after more than two years since the last episode aired, it can be said that “Classroom of the Elite” season 2 is still on hiatus since there is no announcement of cancelation. Without any notice for the end of this anime, then it is clear that a renewal will still come sooner or later.

“Classroom of the Elite” is originally titled “Youkoso Jitsuryoku Shijō Shugi no Kyōshitsu” since it originated in Japan. It got its English title when it premiered for the global audience and was streamed on various platforms.

Lerche Studio produced the anime adaptation of “Classroom of the Elite.” The story was based on the light novel series created by Syougo Kinugasa and illustrated by Shunsaku Tomose.

The first season only offered 12 episodes, and the finale ended in a way that suggests there is a continuation. Then again, a renewal announcement has yet to come to officially confirm if “Classroom of the Elite” season 2 is still coming or not.

Reasons why there will be another season

There are many signs that show “Classroom of the Elite” season 2 is set to return. For instance, as noted by TV Season & Spoilers, the anime is a moneymaker, so the producers will not give it up yet. This means that it is popular and has lots of viewers, which is the main basis for any series renewals.

Further, another reason why “Classroom of the Elite” season 2 is likely to arrive is that the light novel series where it was based from still has a lot of stories to tell. The first 12 episodes only covered three volumes of the original works, and there are eleven more volumes left to be translated for anime. Besides, the story of the students can’t just end with a cliffhanger - the story must go on.

Finally, “Classroom of the Elite” season 2 has a release date already. Although this was only predicted by Akanagi, this can be correct since they need some time to complete one season. Based on the info, it may return on air later this year.