‘Kabukichou Sherlock’ episode 17 air date, spoilers: Moriarty is back in ‘Looking Back on Saudade’ 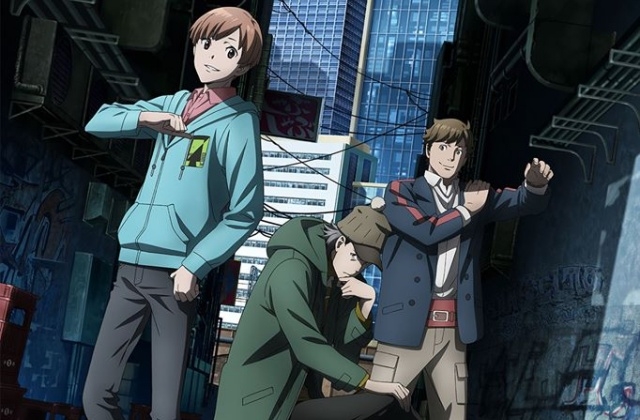 “Kabukichou Sherlock’ episode 17 has been titled “Looking Back on Saudade,” and in this story, Moriarty was released from prison. The gang threw him a “welcome back” party, and it appears that James is in good spirits too, far from his disposition when he killed Jack the Ripper and how he was when in jail.

Everyone showed how they missed Moriarty, and Sherlock appeared to be hesitating at first, but he is also glad that his friend is back. He even gave him a welcome gift, and everyone said that not many people receive something from Sherlock, so he’s lucky.

How Moriarty got out of prison

“Kabukichou Sherlock’ episode 17 revealed that Moriarty was able to get out of prison quickly because his case was officially declared as self-defense. The young detective added that he thinks his father, Moran also helped out a bit.

Surprisingly, he also said that he and his father are alright after clearing all the misunderstandings. With this, it appears that despite Jack the Ripper’s confession that it was Moran who ordered him to kill James, he doesn’t have a grudge, but he was grateful to him instead for helping him out. In fact, he said that he would be campaigning with his dad as he is running for office.

Now, as James is back, a case about graffiti cropped up. Sasuke, an old man who runs a baseball game business, is running after kids who he claimed were leaving graffiti inside his business establishment. But in the end, Sherlock figured out that the childish drawings are actually codes, and it was a message being directed for Sasuke.

It turned out that the old man was desperately erasing those drawings because he knows what they are. Sherlock, Moriarty, and Watson discovered that it was Saizo Kumogakure who was leaving those marks. He was revealed to be a former thief who was Sasuke’s partner in crime.

Saizo was caught in their last heist activity, but he let Sasuke escaped. Now he returned to ask Sasuke to be a thief again, and he wants to do one more job with him, but the latter turned him down.

Saizo is one of those prisoners who escaped from Tokyo 7th prison 10 months ago. He died after falling off from a roof.

Sherlock is puzzled as to why all prisoners who escaped, commit a crime while they’re free and then commit suicide afterward. He is trying to solve this mystery, and it seems that he is figuring things now after Saizo’s death. There is one more escapee who is still at large, and that is the leader Albert Trevor.

Moriarty ended up being called a “Hero Detective” after he saved the boy that was held hostage by Saizo. It was also interesting to note that all that Moriarty did was shout Saizo’s full name, and he scrambled to run as if scared.

On Reddit discussion board for “Kabukichou Sherlock’ episode 17, there is a theory that Moriarty had changed when he was in prison, and he was really out to get Moran now. It was part of his plans to use the escapees to his advantage, and he did this by hypnotizing them before they got out. Plus, James, being hailed a hero, could be part of his plans too.

“Kabukichou Sherlock’ episode 17 was released on Feb. 8 as per IMDb. But then, fans should wait for the full English version that may come a bit later.