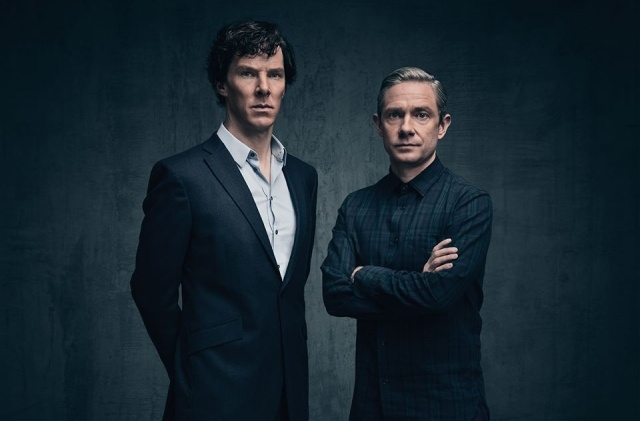 “Sherlock” season 5 is one of those series that has been on hiatus for a long time. Fans want it, but then, there is no renewal announcement up to now.

In fact, because there is no update from BBC Network or even from the show’s producers, some of the fans have already given up waiting for “Sherlock” season 5. One of the reasons why they stop waiting is because there seem to be some internal issues within the cast as well.

Renewal - is it possible?

The last “Sherlock” installment was completed in 2017, and although it has been a long time already, it does not mean that the show was already taken out of the programming lineup. Perhaps, it was but for the meantime only as there is no official declaration of the series’ cancelation yet.

What are the showrunners saying about the renewal?

While BBC remained silent about the renewal of “Sherlock” season 5, fans can just rely on what the series creators Mark Gatiss and Steven Moffat have to say. Besides, they can always bring the series to other networks if BBC is not interested anymore; thus, fans can only listen to them for now.

Firstly, they admitted that though the renewal is not yet in place for “Sherlock” season 5, they are not closing their doors for it so it can still air at some point. The important thing is that Gatiss and Moffat stated that they are still interested in doing the show.

“I haven't really thought about it,” Steven Moffat told Digital Spy. “Mark has been doing other stuff as well, so we haven't sat down and had a proper talk about what we would do with another series."

Moreover, the showrunners said that they have a feeling that BBC will order “Sherlock” season 5, but they just don’t when. This is due to the fact that the renewal is also hinged on many factors, such as scheduling and the availability of the staff and actors.

“It was very, very, very difficult to schedule the fourth series concerning Benedict Cumberbatch (Sherlock) and Martin Freeman’s (Watson) availability, and everyone’s availability, so it’s not easy,” Gatiss shared. “It’s not a lack of will, it’s just about practicality.”

When is it coming?

Finally, if “Sherlock” season 5 is confirmed, it will likely begin production 2021. Gatiss and Moffat were interviewed by Radio Times, and they divulged that they are currently involved in BBC’s other drama “Dracula.”

It is only after this project is over that they will have free time to write the next chapter of “Sherlock.” it should be noted that “Dracula” ended in January, so they have free time now.