South China Sea: 'Strategic ambiguity' of the US' military support of Taiwan a concern to China 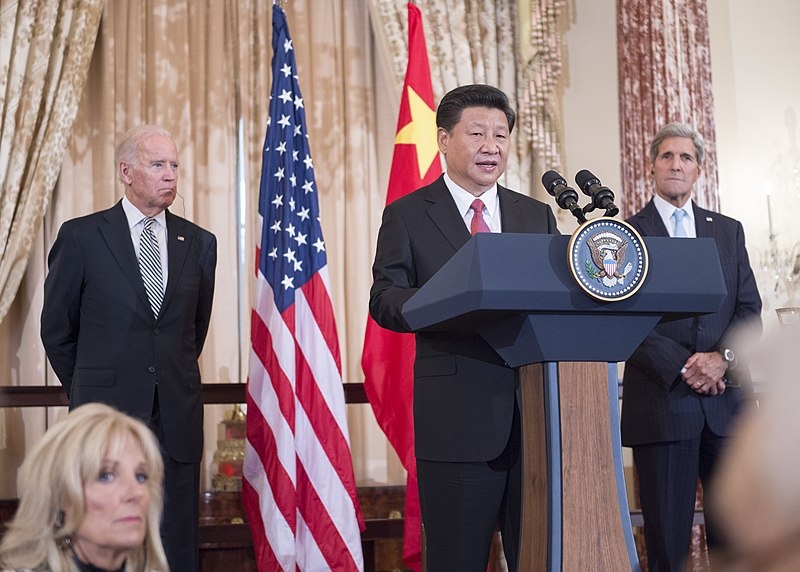 In the midst of conflicts over the South China Sea, there is also the matter of China’s plans to reunite Taiwan with the mainland. Following a recent speech by Chinese President Xi Jinping, an expert has said that the Chinese leader is concerned regarding the US and its support for the island nation.

China expert Isabel Hilton told BBC Radio 4 that a full-scale invasion of Taiwan by China is held back as China likely fears how the US would respond should an attack be carried out on the island nation. This follows Xi’s recent speech where he vowed to have a peaceful reunification between Taiwan and the mainland. China regards the island nation as a breakaway province and has pressured Taiwan and its democratic government to accept Chinese sovereignty.

Hilton explained that the final decision on whether China would launch a full-scale military invasion on the island nation is based on the defense capabilities of the US and its military relationship with Taiwan. Hilton also added that it is also based on how hard the US will retaliate and possibly stop the invasion from succeeding.

“It rests on a strategic ambiguity which has been maintained ever since the United States switched its democratic recognition from Taiwan to the People’s Republic,” said Hilton, who also suggested that a part of the ambiguity stems from the US being committed to the treaty of providing Taiwan with arms as it builds its own defense capabilities in the midst of rising threats from China.

Taiwanese President Tsai Ing-wen commemorated Taiwan’s National Day over the weekend, where she formally took a stand against the reunification with China. Tsai who was re-elected in 2020 for her pledge to push back against Beijing. During her speech for this year’s celebration, Tsai said that the island nation would ramp up its defenses in order to make sure that “nobody can force Taiwan to take the path China has laid out for us.”

“The more we achieve, the greater the pressure we face from China,” said Tsai, who also mentioned the recent incursions made by Chinese warplanes into Taiwan’s airspace and how it is affecting national security.