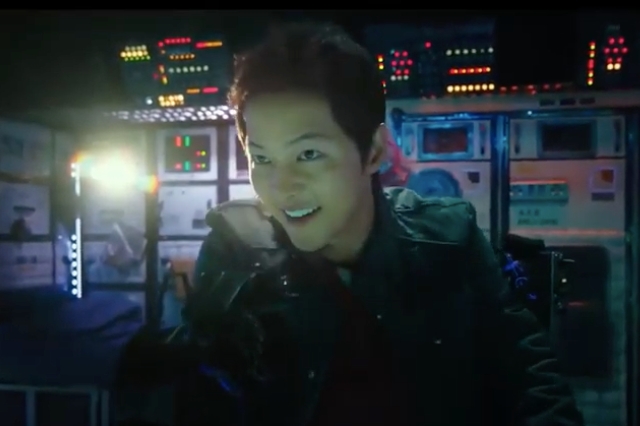 Song Joong Ki’s new movie is all set and an update has been released. His movie titled “Space Sweepers” will be South Korea’s very first sci-fi film, and its producers are confident that it will be a box-office blockbuster.

The actor’s comeback film features a set in the space and it was awesome. It can be seen in the trailer that was dropped last week that the movie was meticulously made with its high-class graphics that can rival those Hollywood-made sci-fi flicks. In short, this is something that is never seen before in the entire history of Korean cinematics.

English actor Richard Armitage is also part of the cast, but his role is unknown. The movie was directed by Jo Sung Hee who also worked with Song Joong Ki in “A Werewolf Boy” that was released in 2012.

The Korea Herald reported that it was already announced that “Space Sweepers” is set to premiere this summer. Its official distributor Merry Christmas noted that the exact day of release is not yet available at this time.

In any case, “Space Sweepers” tells the story of a crew who are flying the spaceship called The Victory. The year is in 2092 and the crew’s work is to collect garbage in space such as deserted space vehicles, old satellites and more. They make money as junk collectors but it is not easy as they have to compete with other junk collectors from other countries.

Meanwhile, as Song Joong Ki is waiting for the premiere of “Space Sweepers,” he is set to resume filming for “Bogota” in Colombia. As per Allkpop, the cast and crew are looking forward to returning to work in a few weeks as the COVID-19 situation in South Korea is getting better already. However, it seems that the second wave of the outbreak has started in South Korea so it is now uncertain if they can really go back to filming.