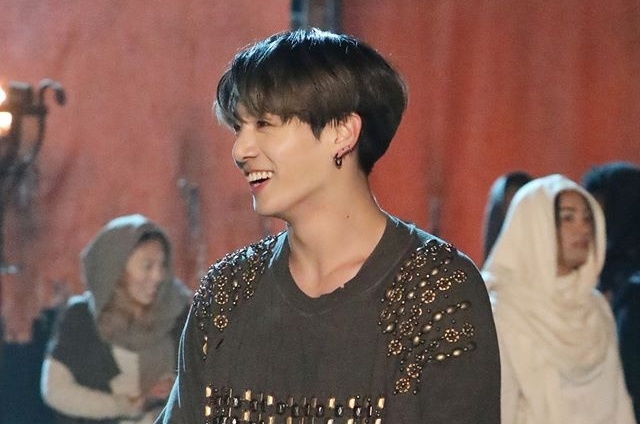 Jungkook uploaded a new video over the weekend and the internet just exploded. The BTS member posted his own cover of Lauv’s “Never Not,” and it astonishingly gained one million views in mere 10 minutes after posting!

The 22-year-old idol singer posted his video on May 3 and it was sort of a surprise to the ARMYs who are also in lockdown. He surely cheered everyone up with his sweet rendition of the song piece, and the response of the fans just earned him new records on social media.

It was said that Jungkook’s video that was shared on BTS' official Twitter became the first tweet in the group’s social media to gain 400,000 comments. It was not even an actual performance but he was even sitting on a bed wearing house clothes, yet he managed to get a massive number of views and comments.

As mentioned earlier, Jungkook’s other record on this single tweet had a million views in just a span of 10 minutes! Most of the fans say that he dressed so casually but his soulful voice was a big treat for them. He also looks cool in his comfortable getup at home and fans are swooning over his good looks too.

Jungkook’s other achievements for his short cover video

As per Allkpop, Jungkook also broke his own records with his “Never Not” video. They said that he could be rightfully called the “King of Social Media” for obvious reasons - he always trends with whatever he shares online. There is no question that he has that massive influence in socmed that only a few artists can achieve.

The official new records that Jungkook got for his tweet include the fastest tweet to have one million views in 10 minutes and 10 million views in six hours, most commented tweet with 400,000 comments gained in just two hours and fastest tweet in the world to reach two million likes in just 16 hours. What’s more, the youngest member of BTS trended worldwide on Twitter, was in Korea’s Naver’s top 3 search trends and dominated Japan’s Twipple. Finally, Jungkook was on Google and Yahoo’s top searches worldwide as well.