Song Joong Ki was a variety star before becoming an A-list Hallyu actor: Here are the variety shows he appeared in 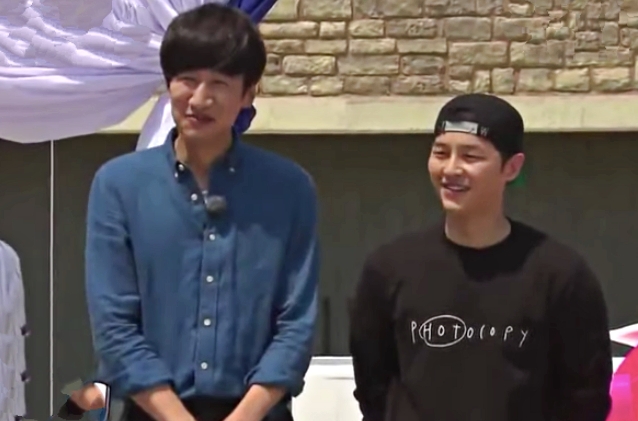 Song Joong Ki is a famous South Korean actor that is also popular around the world. His status as a global star started after appearing as Capt. Yoo Si Jin in the “Descendants of the Sun” drama in 2016. His Hallyu superstar level today was not achieved easily as he also started from the bottom before becoming known.

The actor debuted via the drama called “Frozen Flower” in 2008 but his role was just a minor one. He was not able to make his name shine through this drama yet so the next thing he tried was to enter the world of variety shows.

In South Korea, artists who appear on variety shows have more chances of becoming popular because Koreans love shows like these. Plus, the fun atmosphere in these types of programs always lifts moods so people watch them more often than dramas.

Thus, it is a good first step for Song Joong Ki. His very first variety show was “Let’s Go Dream Team” season 2 and he appeared here from 2009 to 2010. This is a sports variety program that aired on KBS2 and the fixed members are grouped together to compete with guests.

Song Joong Ki is athletic and in fact, he was a short track speed skating player in elementary and high school. As mentioned on Mnews, he competed in the national festivals too but his career as an athlete was cut short due to an injury.

Now from 2010 to 2011, he was a fixed member of the popular show “Running Man.” He was a great team member here but he had to leave to focus on his acting career. He appeared in this show from first up to the 41st episode and occasionally come as a guest.

Other shows on TV

The actor had hosting jobs on TV as well. He hosted “Music Bank” for a year which made him popular among the youngsters since this is an idol show where groups stage their comeback albums or debut. Since then, he was often tapped to host music awards ceremonies.

Fans can see him as a guest in some other variety shows like “Happy Camp” in China and “Running Man China.” Finally, these days, Song Joong Ki is focused on movies and dramas only.