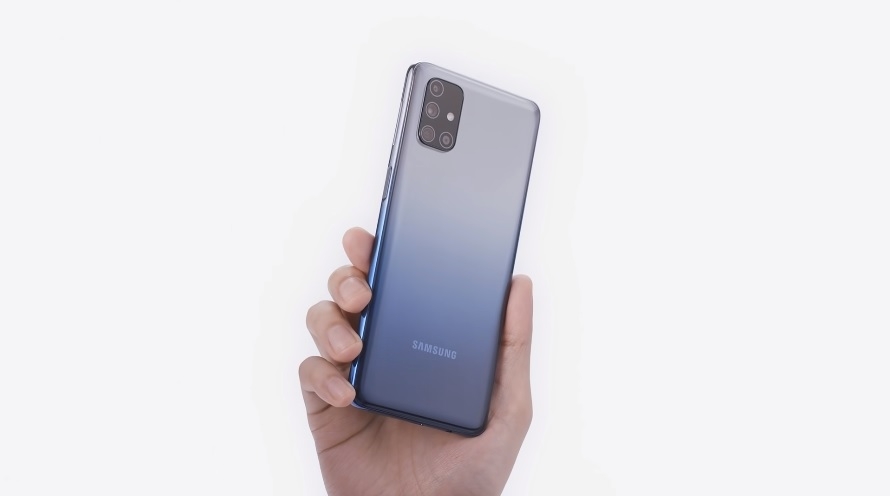 Samsung silently revealed the official renders of another upcoming mid-range smartphone, the Galaxy M32. While the company decided to hold off the announcement of its technical specifications, a reliable leaker has provided that information, and tech fans can now check for the upgrades to expect.

A few design changes are coming to the Galaxy M32 compared to its predecessors from the Galaxy M31 series. For one, Samsung is ditching the ombre color scheme last year to something that looks like a very subtle holographic sticker on the back cover. Visible vertical lines run from top to bottom of the case, but fans may have to wait for the official trailer to see what visual effects they do.

Another noticeable change in the Galaxy M32 design is the camera bump. The upcoming device will still sport a quad-camera on the back, but it will be placed on a square-shaped bump.

The front of the Galaxy M32 will look identical to its predecessors. It will still feature a droplet notch, and the size of the bezels also appears unchanged.

Samsung appears to be reserving the technical specs of Galaxy M32 for the day of its official announcement. But most of the details have been revealed by known leaker Ishan Agarawal via 91Mobiles. The device is anticipated to retain a battery capacity of 6,000mAh. It is rumored to sport a 6.4-inch FHD+ screen with a Super AMOLED panel.

The Galaxy M32 is likely powered by the 12nm MediaTek Helio G85 chip that features dual-core Cortes-A75, hexa-core Cortex-A55, and the Mali-G52 GPU. It will reportedly ship with the Android 11 operating system and an unspecified version of the One UI.

Its quad-camera is said to be composed of a main 48MP sensor, along with 8MP ultra-wide, 5MP macro, and 5MP depth lenses. For selfies, the Galaxy M32 is equipped with a 20MP camera on the front. Samsung only revealed renders of the device in dark blue color, but the same report said the company will also offer it in black.

The expected Samsung Galaxy M32 configurations include 4GB RAM + 64GB storage and 6GB RAM + 128GB storage. The device is expected to have a slot for microSD that could support up to 1TB added storage.

Both Samsung and the leaked information do not mention a specific release date window. But considering the official renders are already in the wild, and the device has also appeared in several certification databases, its announcement and launch should happen soon.