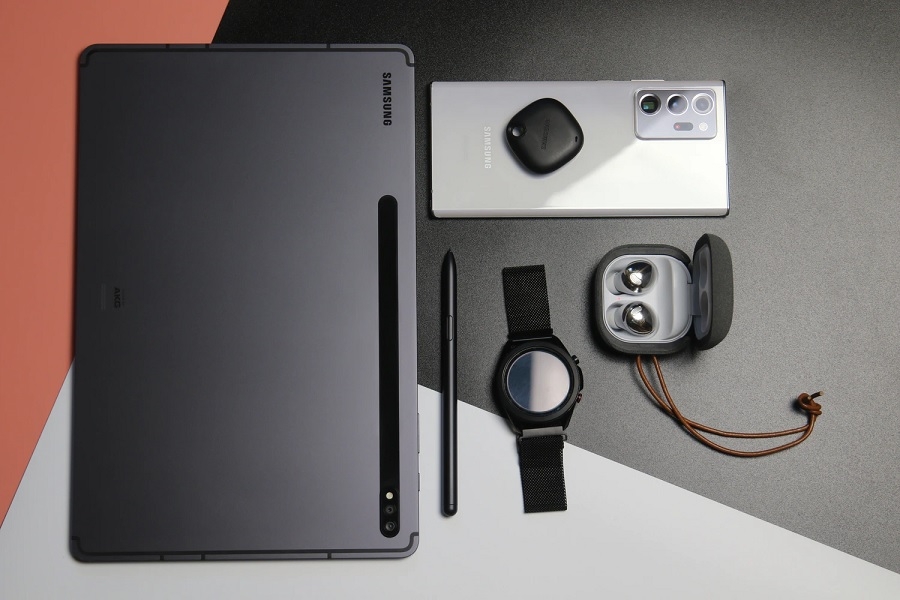 The newest lineup of the iPad Pro is arguably one of the biggest announcements in the tech world in the first half of 2021. However, might just have the perfect response to it in the form of the Galaxy Tab S8 series that is rumored to add a new 14.6-inch model this year.

Samsung’s S-series tablet is one of its annual announcements, but the South Korean tech giant may have a few surprises planned for 2021. A full specs sheet has been leaked online by Twitter user FrontTron, suggesting there would be three models of Samsung’s next premium tablet series.

The Galaxy Tab S series usually launches with a base and "plus" model with 11-inch and 12.4-inch screen sizes, respectively. However, the report shows there might be a 14.6-inch model in the Galaxy Tab S8 series (codenamed “Basquiat”) and it could offer more hefty technical specs other than the size of its display.

(specsheet image has been deleted due to deletion request of the original copyright holder) pic.twitter.com/NJii5thd2a

Its display is expected to use an OLED panel with 120Hz refresh rate. Even though the 14.6-inch model has the biggest screen in the lineup, it is listed as the thinnest Galaxy Tab S8 variant only measuring 0.55cm thickness. The specs sheet indicates the 11-inch and 12.4-inch models’ thickness measurements are 0.63cm and 0.57cm respectively.

The newest addition, which many think would be called Galaxy Tab S8 Ultra, is also rumored to feature a 12,000mAh battery. A 45W fast charging capacity would be a standard offer in the next premium tablet series.

Rear-facing camera specs for all three Galaxy Tab S8 models are a combination of 13MP and 5MP sensors. For selfies, all tablets will reportedly have an 8MP camera but the 14.6-inch model will exclusively feature a front-facing 5MP ultra-wide lens.

The leaked document does not include any detail about the Galaxy Tab S8 release date, but Samsung usually updates its premium tablet series in the summer. Meanwhile, there are also reports that the specs sheet came from a survey done in South Korea so Samsung fans should still take the details listed with a grain of salt.