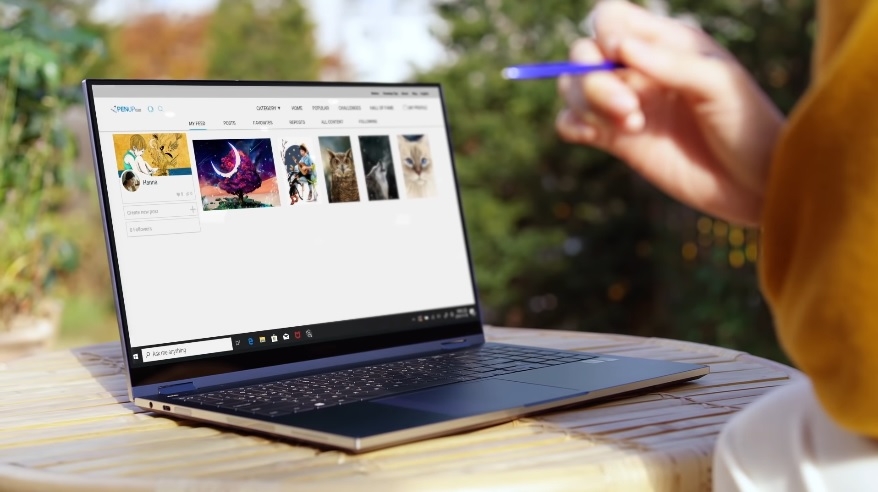 Samsung has been rumored to have all-new laptops in the pipeline over the last months. Now, more evidence has surfaced from a reliable source that may have given tech fans the first look at the official design of the upcoming Galaxy Book Pro computers.

A short-term roadmap of Samsung’s 2021 plans was leaked last week, suggesting that the company has more Galaxy Unpacked events lined up throughout the year. The document, as first reported by notable leaker Evan Blass, hinted at the next presentation happening on April 14 called “PC Unpacked.”

It now appears that the PC-focused Galaxy Unpacked is likely an event dedicated to the rumored Galaxy Book Pro series. Last February, at least two unfamiliar Galaxy laptops appeared in the wild after receiving Bluetooth certification. In the same month, another popular leaker known as WalkingCat (@_h0x0d) on Twitter released the first list of technical specifications for the same laptop along with the information that it could be released in May.

Both the release windows mentioned in the leaked roadmap and WalkingCat’s report may be accurate. The “PC Unpacked” event is listed for April 14, and Samsung laptops usually go on sale a couple of weeks or more after its announcement. But more specific details could be announced soon.

While fans wait for more information on the Galaxy Book Pro release date, Blass has shared the first leaked renders of the upcoming laptops. It corresponds with earlier rumors that the new laptop series will include two devices that could be called Galaxy Book Pro and Galaxy Book Pro 360.

In WalkingCat’s earlier report, the Galaxy Book Pro is rumored to launch with 11th generation Intel processors and Intel Iris Xe Graphics, while the 15-inch model will reportedly feature an Nvidia MX450 card. Blass added that the Galaxy Book Pro 360 will have a touchscreen display that supports S Pen, while the standard display for the series will use a full HD AMOLED panel.