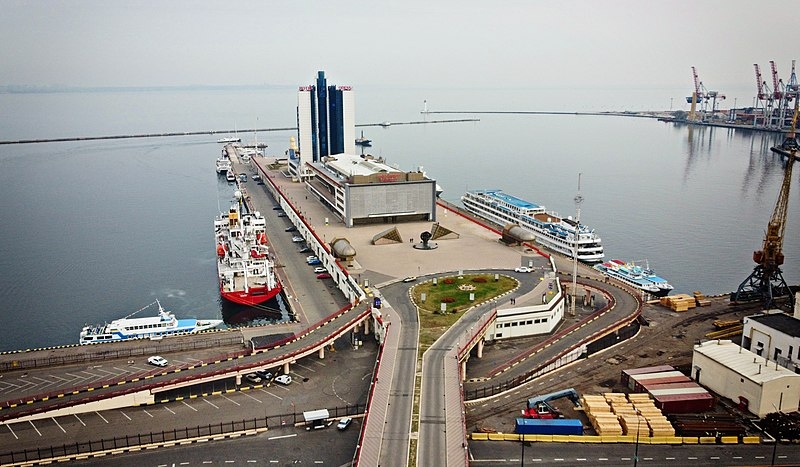 Ukraine’s security service has detained a married couple in the port area of Odesa that have been suspected of spying for Russia. The couple was allegedly collecting information on potential military deployments as well as air defense movements.

The Ukrainian Security Service, or SBU, issued a statement Thursday announcing that it has arrested a couple that is suspected of spying for Russia. The couple allegedly collected information on possible military deployments and movements of Ukraine’s air defense units. The couple is believed to be Russian military intelligence officers that planned to create a network of agents in southern Ukraine.

The SBU officers found mobile phones and computer equipment that had evidence of “correspondence with the aggressor,” according to the statement. The agency also said it was able to detain the couple when they “attempted to transfer classified information” to Moscow.

The couple arrived in Ukraine back in 2018 and received residence permits, and the man served in the Russian army. The SBU also alleged that the couple sent the information they collected to a former Russian special forces officer in the Russian-annexed Crimea who was cooperating with Russian military intelligence.

The SBU also published photos of the pair’s arrest as well as the military documents of the man that showed his military rank as colonel and the couple’s Russian passports.

The Black Sea port city of Odesa was bombarded by Russia during the war but remains under Ukrainian control.

Ukrainian officials said Friday that Russia continues to shell the eastern Ukrainian territory of Donetsk, hitting the entire front line that was in the region. The shelling of the front lines comes as Kyiv has said Russia is scaling back its ambitions in Ukraine.

Regional governor Pavlo Kyrylenko said the fighting was intense in the towns of Bakhmut and Adviika, with five civilians dead and two others wounded in the Ukrainian-controlled parts of Donetsk the previous day. Kyrylenko added that Russian forces are trying to advance near the reclaimed area of Lyman.

“The Russians have intensified their efforts in Donetsk and Luhansk,” said Ukrainian presidential adviser Oleksiy Arestovych. “They are now in a very active phase of attempting to conduct offensive operations. We are advancing nowhere, but rather defending, destroying the enemy’s infantry and equipment whenever it tries to advance.”