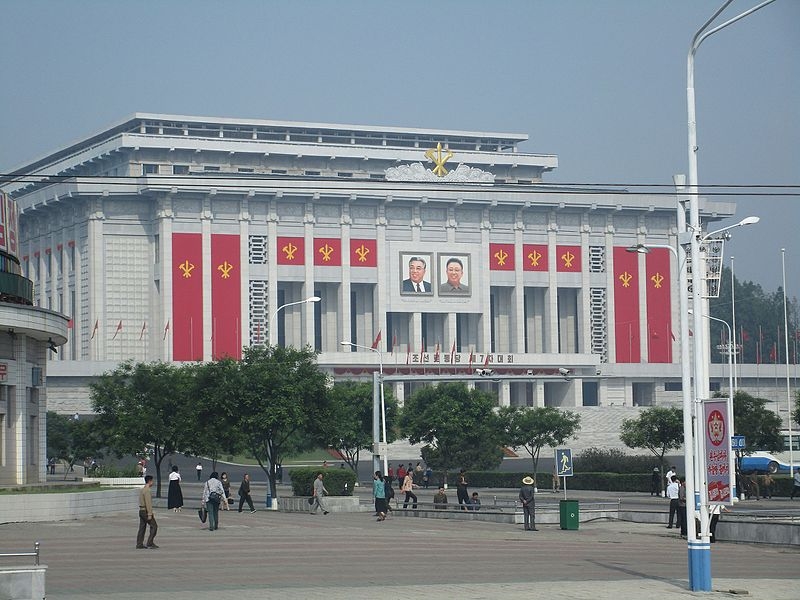 The United Nations’ nuclear watchdog, the International Atomic Energy Agency, is also on alert with North Korea’s nuclear program. The IAEA’s chief, Rafael Grossi, said that work is being done on expanding the isolated nation’s nuclear facility in Yongbyon.

Reuters reports Grossi told the quarterly meeting of IAEA’s Board of Governors Monday that Pyongyang is advancing work on the expansion of the country’s nuclear facility in Yongbyon.

“A roof has been installed on the annex to the reported Centrifuge Enrichment Facility, so the annex is now externally complete. Near the light water reactor (LWR), we have observed that the new building had been under construction since April 2021 has been completed, and construction has started on two adjacent buildings,” said Grossi in a statement to the Board.

This follows Pyongyang’s recent weapons tests that also followed the end of the annual joint military exercises by South Korea and the US. Eight short-range ballistic missiles were fired Sunday off its east coast, prompting responses from the US, South Korea, and Japan.

South Korea’s Joint Chiefs of Staff reported at least eight missiles were fired from the Sunan area of the capital Pyongyang. The missiles flew at a range between 110 to 600 kilometers at an altitude between 25 to 90 kilometers.

Japan’s Self Defense Force also issued a statement saying that Japan and the US conducted a joint military exercise in response to North Korea’s recent tests.

Japanese Defense Minister Nobuo Kishi condemned the tests, saying that such tests must not be tolerated. During a briefing, Kishi said that at least one missile had a variable trajectory, which is a sign that it could maneuver to avoid missile defenses.

The US-Indo-Pacific Command also issued a statement regarding the tests, saying that multiple missile launches underlined the destabilizing impact of its weapons program but noted that the recent tests did not pose a threat.

The launch also occurred when US Special Representative Sung Kim was visiting South Korea. The US State Department said that Kim was originally expected to leave Seoul on Saturday after meeting with his South Korean and Japanese counterparts to discuss North Korea and its weapons program.