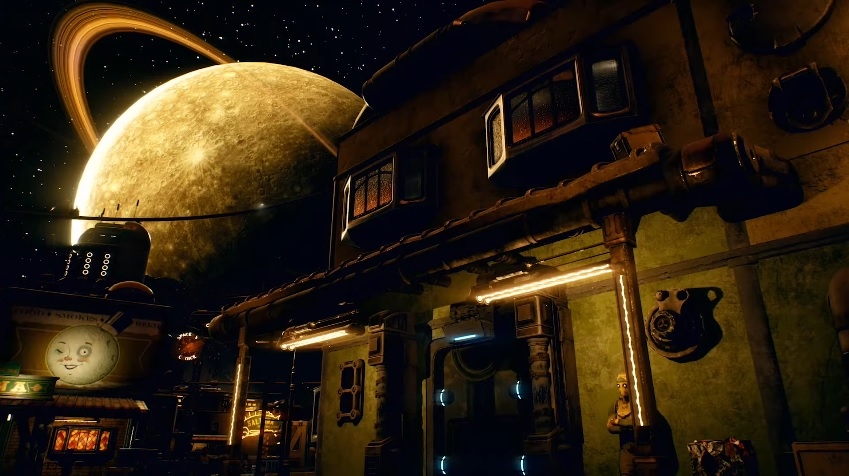 From the announcement trailer of “The Outer Worlds” on Nintendo Switch | Photo credit: Nintendo / YouTube screenshot

If everything was going right in the world, Nintendo Switch players would have been playing “The Outer Worlds” for almost a month now. However, the coronavirus pandemic has disrupted many timelines for this year including that of the action RPG.

The release of “The Outer Worlds” would have been one of the biggest events for Nintendo Switch owners last month. However, the effects of the coronavirus crisis have been felt in many industries. In the video games market, it has caused the delay in the release dates of several games and even the lack of enough available gaming console units around the world.

The wait for “The Outer Worlds” will be over soon as Obsidian Entertainment announced on Tuesday that the action RPG is now slated to be released on June 5. The game was initially planned to go live on March 6. However, the delay was announced in early February citing “coronavirus impact” on the Virtuos developers working on the game’s Nintendo Switch port.

At the time of the delay announcement, Obsidian also confirmed that “The Outer Worlds” will be released in Nintendo Switch cartridges. The company will deliver that promise confirming that a retail version on a physical cartridge will also be available in June.

Players should note though that “The Outer Worlds” physical copies come with a 6GB launch-day patch on Nintendo Switch. “This patch will optimize gameplay, provide additional hi-res textures, and include other fixes to provide the employees of Halcyon with the best gameplay experience,” Obsidian added. “The Outer Worlds” is also available in digital form for Nintendo Switch, both versions are priced at $59.99.

Nintendo is now facing a new coronavirus-related dilemma. With many people around the world advised by their governments to stay at home, the demand for the hybrid portable console increased. It seems like a good problem to have until the Nintendo Switch has reportedly sold out in most stores.

The company confirmed the issue and told Business Insider, “Nintendo Switch hardware is selling out at various retail locations in the US, but more systems are on the way. We apologize for any inconvenience.” The situation is unfortunate for Nintendo, especially considering that the newly released game “Animal Crossing: New Horizons” has also been a trending topic online.