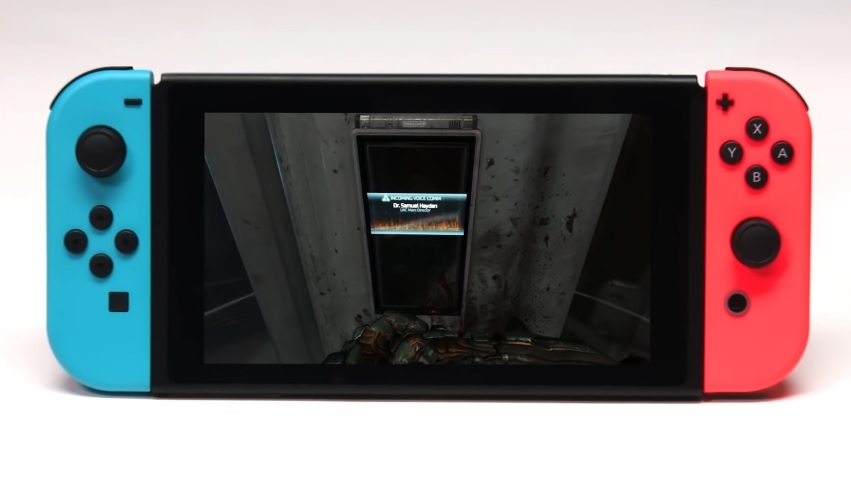 Nintendo Switch is a decent gaming console to have because it is like a gateway for classic video games and the newer titles. However, it is a major bonus when well-loved retro titles from a series as popular as “DOOM” are offered with a major discount.

Nintendo Switch sale: Get ‘DOOM’ games for under $2; Latest installment available at 50% discount

Anyone browsing through the Nintendo store will find that there are always Nintendo Switch games on sale. But very popular games are not always on sale, so this is a good chance for “DOOM” fans to complete the collection for their Switch library.

The first “DOOM” game from 1993, “DOOM II,” and “DOOM 3” were all released on Nintendo Switch last July 26 to celebrate the series’ 25th anniversary. These titles do not have expensive price tags, to begin with, but they are currently offered with huge discounts, so it is worth checking out.

“DOOM” (1993) includes the “Episode IV: Thy Flesh Consumed” expansion along with nine additional levels to shoot down demons. The re-release of “DOOM II” for Nintendo Switch contains the “Master Levels” expansion and 20 more FPS game levels. Both are originally priced $4.99 but currently available for $1.49 only.

“DOOM 3” is the perfect choice for Nintendo Switch users who prefer to blast demons in 3D models. This port includes the “Resurrection of Evil” and “The Lost Missions” expansion packs for $2.99 instead of $9.99.

The Nintendo Switch port of the 2016-released “DOOM” where players assume the role of space marine battling with demons on Mars. It is originally priced at $59.99, but the current promo makes it available for only $29.99. Note, though, that fans will need a separate microSD card with available storage of 32GB for the game plus 5GB for system memory before the download is initiated.

Nintendo Switch: 2 upcoming games to watch out for in March

March is going to be quite a busy month for Nintendo Switch players, with a couple of popular titles releasing on the console. A new “Pokémon” game will be launched on March 6, officially titled “Pokémon Mystery Dungeon: Rescue Team DX,” where the main objective is not catching Pokémons, but saving them from dungeons.

It will be followed by the much-awaited release of “Animal Crossing: New Horizons” on March 20. In this iteration, fans will be brought to a deserted island where they will be tasked to build their community from the ground up. Both games are available for $59.99 each on Nintendo Switch.