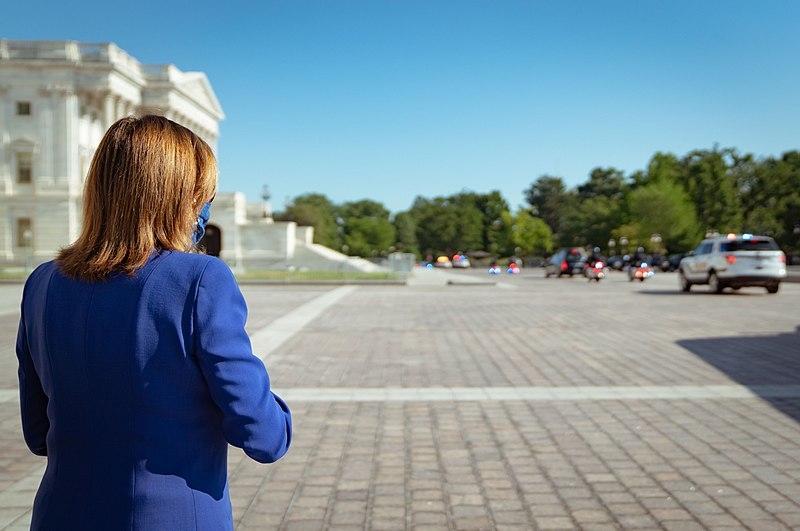 To this day, Congress is still reeling from the aftermath of the January 6 insurrection at the Capitol by supporters of former President Donald Trump. As the Capitol Hill Republicans attempt to shift the focus elsewhere, House Speaker Nancy Pelosi criticized her colleagues for their response towards the insurrection.

Pelosi appeared on MSNBC’s “Morning Joe” Wednesday, where she criticized the response of her Republican colleagues towards the scope of the investigation on the January 6 riots at the Capitol. The House Speaker revealed the disagreements between Democrats and Republicans towards the 9/11-type of a commission that Pelosi has pushed to investigate the riots. Pelosi’s comments come almost three months since the riots that left five people dead and more than 100 arrested by the FBI.

“They want to treat something like Black Lives Matter or peaceful demonstrations in a similar manner as they would Jan. 6,” said Pelosi. “So the main problem is the scope of the investigation,”

“Now we can pass a bill, but that’s not the point. We want it to be bipartisan, and it cannot be bipartisan if the scope of it is to not draw any conclusion about what happened that day as the premise for how we would go forward and investigate it. But we must investigate it, and we must get the truth for the American people.”

Following the insurrection, over 300 people had already been arrested by armed officials. Last week, the Justice Department said that it was expecting to charge 100 more supporters that were involved.

Recently, Pelosi also weighed in again on the sexual harassment allegations being made against New York Governor Andrew Cuomo. While she noted the seriousness of the allegations being made against Cuomo, she has all but called for him to step down, compared to her fellow Democratic delegates in the state. Speaking on ABC News, Pelosi said that the allegations were credible but noted that she is waiting for the results of the investigation by New York attorney general Letitia James into the matter. Pelosi added that she has confidence that James would succeed.

“What I said at the time that these revelations came forward, I said what these women have said must be treated with respect,” said the House Speaker.