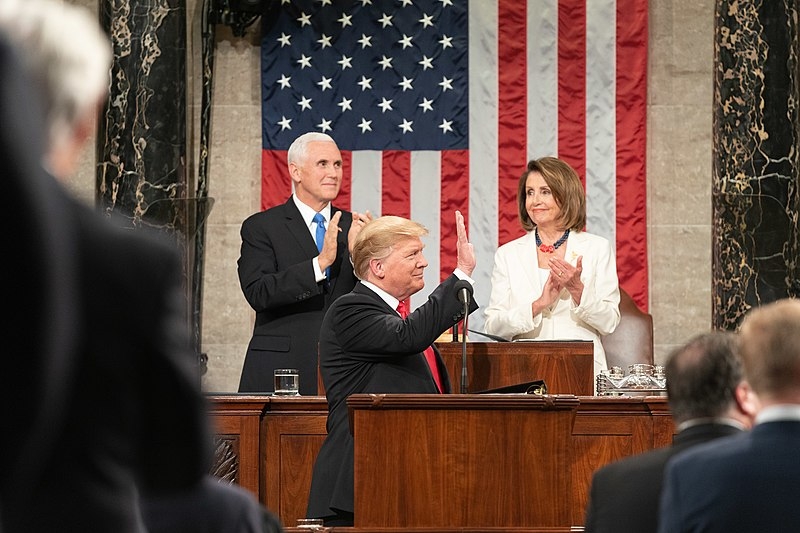 It is unclear if House Speaker Nancy Pelosi plans to retire after her current term as the second-most powerful woman in the government. However, a new book claims that Pelosi had already planned to retire back in 2016 until Donald Trump won the elections.

In an upcoming book, “Madam Speaker: Nancy Pelosi and the Lessons of Power,” by USA Today journalist Susan Page, the House Speaker was confident that former Secretary of State Hillary Clinton would win the elections against Trump. Pelosi felt that she could, at the time, retire, knowing that the Democratic party’s policies would remain intact under Mrs. Clinton. Pelosi would change her mind when Trump ultimately won the elections.

Pelosi was saddened that the former first lady, senator, and Secretary of State failed to become the first woman to get elected to the White House. However, the House Speaker shared that her surprise at Trump’s victory was beyond the issue of gender representation. Pelosi cited Trump’s manner of talking about women.

Despite Pelosi’s supposed decision to retire from the post as House Speaker, many have expressed doubts that she would have really done so had Clinton won. Pelosi was the third in line to lead the country and the highest-ranking woman until Kamala Harris won the vice presidency. The book recalled the first phone call between Pelosi and the then-president-elect Trump, citing that the conversation was civil, with Trump praising Pelosi.

The pair would ultimately become staunch rivals throughout Trump’s term. Pelosi would become a tough opponent for the Republicans, especially when the Democratic party won back the House Majority.

In other news, Pelosi weighed in on the sexual allegations surrounding Florida GOP Congressman Matt Gaetz over the weekend. Speaking on CBS’s “Face the Nation,” Pelosi was pressed if she would wait for the House Ethics committee to complete its investigation unto Gaetz or if she thinks the Florida Republican should step down. Pelosi’s comments also follow GOP Congressman Adam Kinzinger, the first Republican in the House to call for Gaetz’s resignation.