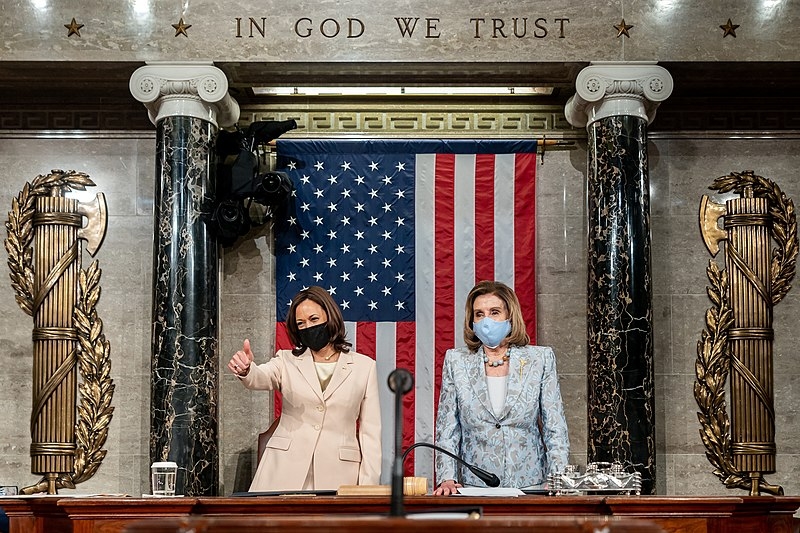 The House is awaiting the votes from the Senate regarding the sweeping voting rights bills following Republican-led legislatures introducing stricter voting measures. With its passage in the balance following West Virginia Democrat Joe Manchin’s staunch opposition to the bills, House Speaker Nancy Pelosi said the Senate should approve of the voting rights bills.

Pelosi urged the Senate to pass the pair of bills aimed to ease voter access and allow for increased voter turnout, proposals that were presented following the bitter 2020 elections. The House Speaker dismissed the objections of Manchin, who was criticized for his op-ed piece explaining why he is voting no on the voting rights bills. With the Democratic party holding a slim majority in the Senate, Manchin’s approval is key for its passage regardless of GOP support.

Pelosi also warned that the integrity of the elections is at stake should the bills fail to pass the Senate. While not mentioning Manchin directly, she noted that one of the bills that Manchin has expressed support in, the John Lewis Voting Rights Advancement Act or HR 4, is not a substitute for the “For the People Act,” also known as HR1.

“HR4 must be passed,” said Pelosi in a letter to her colleagues of the House Democratic Caucus Tuesday. “But it will not be ready until the fall and it is not a substitute for HR1. Congressman John Lewis wrote 300 pages of HR1 to end voter suppression. HR1/S.1 must be passed now. It would be our hope to have this pass the House and Senate in a bipartisan way.”

At the same time, Pelosi is facing pressure to push through establishing a commission to investigate the January 6 insurrection. While the bipartisan proposal received support from both parties in the House and Senate, it failed to pass the Senate through filibuster rules as the proposal was three votes short of the threshold needed for its approval.

Pelosi and the House Democrats have since looked into alternative means of investigating the events of January 6. However, the House Speaker ruled out having US President Joe Biden appoint his own commission, saying that it would not work at this time following the failure to pass the bipartisan proposal in the Senate.