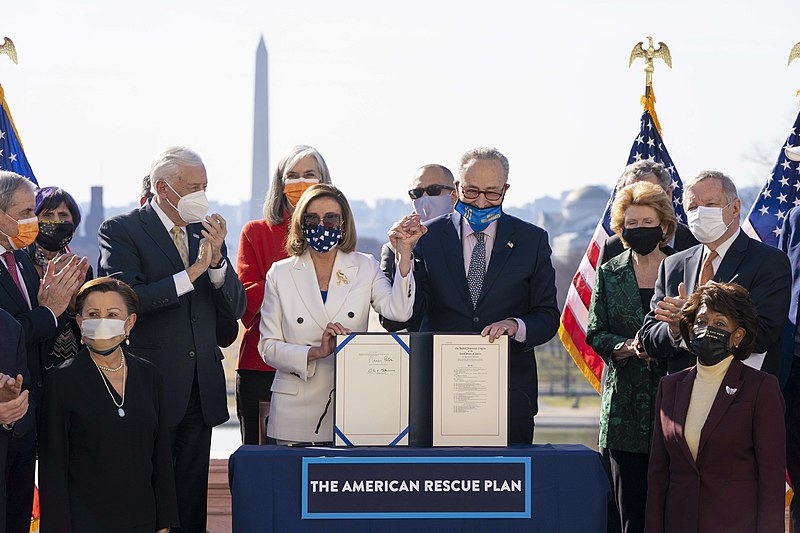 The Democratic Party now has a majority of both the House and Senate chambers following Joe Biden’s election victory and the Georgia runoffs. House Speaker Nancy Pelosi may likely see her party’s majority grow following the New Mexico special elections.

This week is a special election in New Mexico where Pelosi may see another Democrat added to the majority. The special election in Democratic-leaning Albuquerque’s 1st District is between state Democratic Rep. Melanie Stansbury and state Republican Senator Mark Moores. This was due to Deb Haaland vacating the seat to become President Joe Biden’s Interior Secretary.

Stansbury is highly favored to win the special election over Moores, and her election would give Pelosi a 220th vote in the Democratic caucus, filling in one of five vacated seats. Three of those seats were recently occupied by Democrats. As the district leans towards Democratic along with Stansbury’s fundraising and lack of significant spending by out of state political groups adds to her advantage in the special election.

During the 2020 election, New Mexico’s 1st district voted 60 percent to 37 percent for Biden over Donald Trump. This was despite the Democratic party maintaining an edge down-ballot. Ben Ray Lujan and Haaland having a narrow victory for their election and reelections respectively.

Nevertheless, Stansbury has an edge to overcome any possible underperformance which can happen to the party that controls the White House in special elections.

Meanwhile, Pelosi has ruled out having Biden establish a commission that would look into the events of January 6. This follows the recent Senate vote that led to the failure of the passage of the bipartisan proposal as not enough Republican Senators joined the Democratic lawmakers in voting for the bill. Pelosi cited that having a presidential commission to study the insurrection would be unworkable.

The House Speaker laid out four other options following the Senate vote last week. Six GOP Senators voted in support of the bipartisan proposal, but under filibuster rules, they were not able to make it to the threshold number of votes needed for the proposal to pass. Members of both parties have since continued to do a deep investigation into the insurrection.