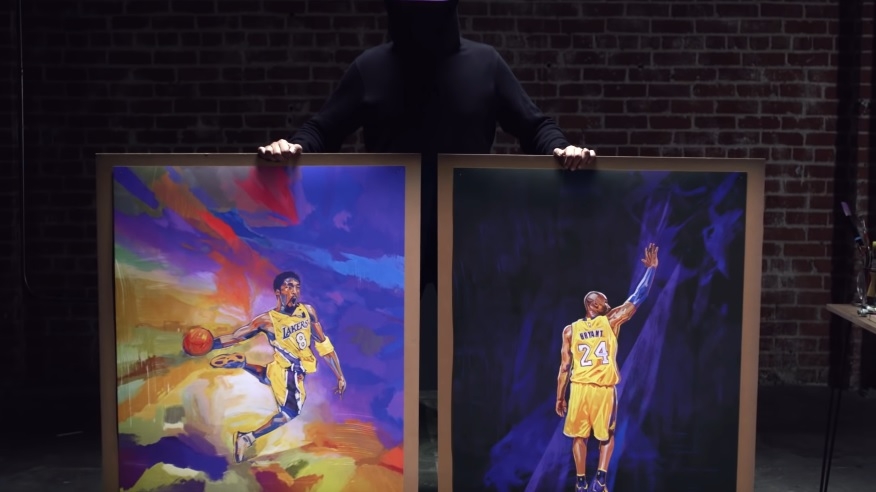 From a trailer of “NBA 2K21” with glimpses in the making of the Mamba Forever Edition covers | Photo credit: 2K Games via NBA 2K / YouTube screenshot

Despite the NBA season 2019-20 getting delayed due to COVID-19, the basketball league has proceeded as usual in the virtual world. As a result, “NBA 2K21” is now confirmed to be launched during its usual release window. Developers also made a special tribute for the late Kobe Bryant, famously known for his moniker Black Mamba, in the upcoming game iteration through the announced Mamba Forever Editions.

The tragic death of Bryant last January rocked basketball fans around the world, with many of them paid tribute for Bryant through in-game activities on “NBA 2K20.” Developers also updated the Los Angeles Lakers jersey to show the “KB” patches and black bands just like the real-life team did to remember the 18-time NBA All-Star player.

Bryant’s passing also sparked calls for 2K Games to make him the Legend Edition cover. The game publisher heeded to that request upon unveiling the Mamba Forever Edition for “NBA 2K21” that replaces the usual Legend Edition.

The Mamba Forever Edition will come in different cover designs for the current-generation and next-generation systems. In the PlayStation 4 and Xbox One version, arriving on Sept. 4, the “NBA 2K21” tribute for Bryant features the player in his first jersey number 8. The next-gen copy, which will be released once PS5 and Xbox Series X are out in the holidays, shows Bryant in his second jersey number 24.

Both versions are priced at $99.99, but each purchase comes with a copy for the opposite console generation. For example, if a player buys the “NBA 2K21” Mamba Forever Edition for PS4 and Xbox One, they are also getting a copy of the Standard Edition for next-gen hardware featuring Zion Williamson. Buying the Mamba Forever copy for next-gen means getting the current-gen Standard Edition with Damian Lillard on the cover.

“NBA 2K21” will support cross-progression and VC wallet transfers between current and next-gen consoles. This means any VC purchased or won along with earned MyTEAM points, tokens, cards, and achievements in the current-gen console can be accessed on the next-gen hardware of the same platform.