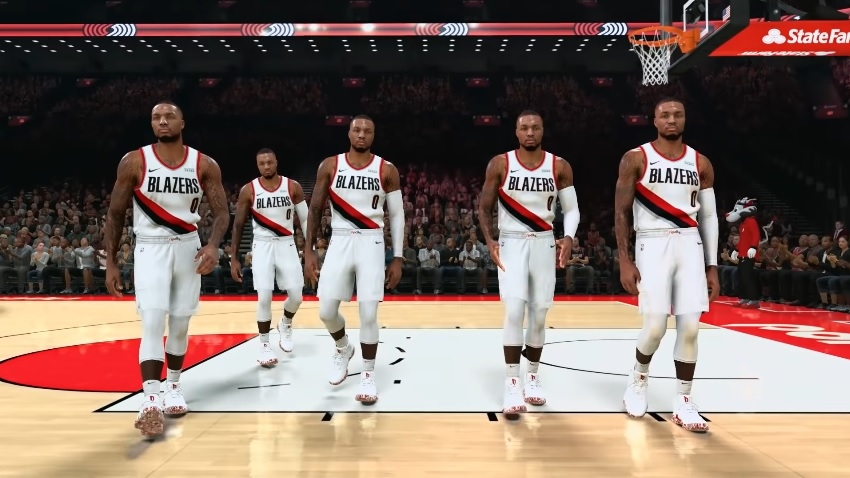 All the “NBA 2K21” edition covers have been unveiled throughout the week along with the cost of the game on current and next-generation consoles. Not surprisingly, 2K Games is not offering a free game upgrade once the PlayStation 5 and Xbox Series X are out later this year.

There will be a total of four editions of “NBA 2K21” to be released this year with the current and next-generation consoles each having the usual Standard and Legend Editions pairing. Unlike other companies, however, 2K Games will not support a free upgrade of the game to PS5 and Xbox Series X.

Several indications were previously made that the base price for AAA games on the next-generation consoles would increase, and 2K Games has to be one of the first companies to prove that. The “NBA 2K21” Standard Edition for PS4 and Xbox One systems with Damian Lillard on the cover costs the usual price of $59.99. However, the Standard Edition that features Zion Willamson on the cover for PS5 and Xbox Series X costs $10 higher.

Some video game fans may still be surprised that 2K Games is not offering a free upgrade for “NBA 2K21” when other companies were able to do it. EA confirmed that a “FIFA 2021” upgrade to the next-generations consoles will be free. The same goes for the highly anticipated RPG “Cyberpunk 2077” from CD Projekt Red.

“NBA 2K21” pays tribute to the late Kobe Bryant by featuring him as one of the cover athletes this year. Bryant passed away last Jan. 26 in a helicopter crash that took the life of seven other passengers, including his daughter Gianna, and their pilot.

The Legend Edition was replaced with the Mamba Forever Edition this year. It will be available in two different cover arts for the current and next-generation consoles. The “NBA 2K21” Mamba Forever Edition for PS4 and Xbox One features a younger Bryant when he was still playing with jersey #8 and will be sold with Standard next-gen edition.