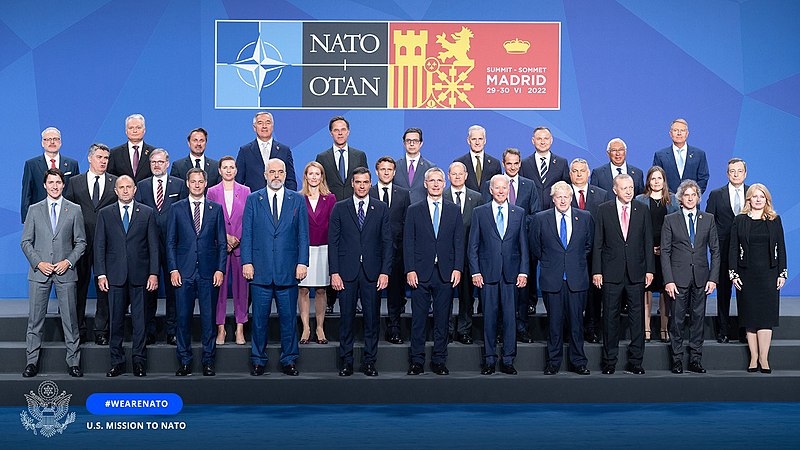 US Mission to NATO / Wikimedia Commons

In a major shift in security in Europe this week, the NATO alliance has officially extended an invitation for Finland and Sweden to join the military grouping. The invitation came as both countries broke their neutrality to apply for membership following Russia’s invasion of Ukraine.

The NATO alliance Wednesday invited Finland and Sweden to join the grouping, the 30 countries finalizing their decision during the summit in Madrid, while also formally agreeing that Russia poses a direct threat to the security of allies, according to a statement from the summit.

“Today, we have decided to invite Finland and Sweden to become members of NATO,” said the NATO leaders in a declaration, following Turkey’s lifting of its veto over the bids of both countries.

“We will make sure to protect all allies, including Finland and Sweden,” said NATO Secretary-General Jens Stoltenberg

The ratification in the parliaments of allies will likely take up to a year. Once ratification is settled, Finland and Sweden will be officially covered by the Title 5 collective defense clause of the alliance, putting the two countries under the protective grouping of the United States.

NATO allies are also set to increase their military presence in the Nordic region by holding more military exercises and naval patrols in the Baltic sea to reassure Sweden and Finland.

“We are sending a strong message to Putin; ‘You will not win’,” said Spanish Prime Minister Pedro Sanchez in his remarks.

NATO allies have also agreed on a new strategic concept, which is its master planning document. Russia, which was previously designated as a partner of the alliance, is now the main threat. The planning document also cited China as a growing challenge.

The summit this week also had the leaders of South Korea and Japan in attendance as observers.

South Korean President Yoon Suk-yeol warned of the threat to universal values amidst a time of conflict and competition, referring to the war in Ukraine and China’s engagement with Moscow, according to a South Korean official.

“As a new structure of competitions and conflicts is taking shape, there is also a movement that denies the universal values that we have been protecting,” said Yoon in his remarks at the summit. Yoon added that the international community is facing security threats that one country cannot solve on its own.