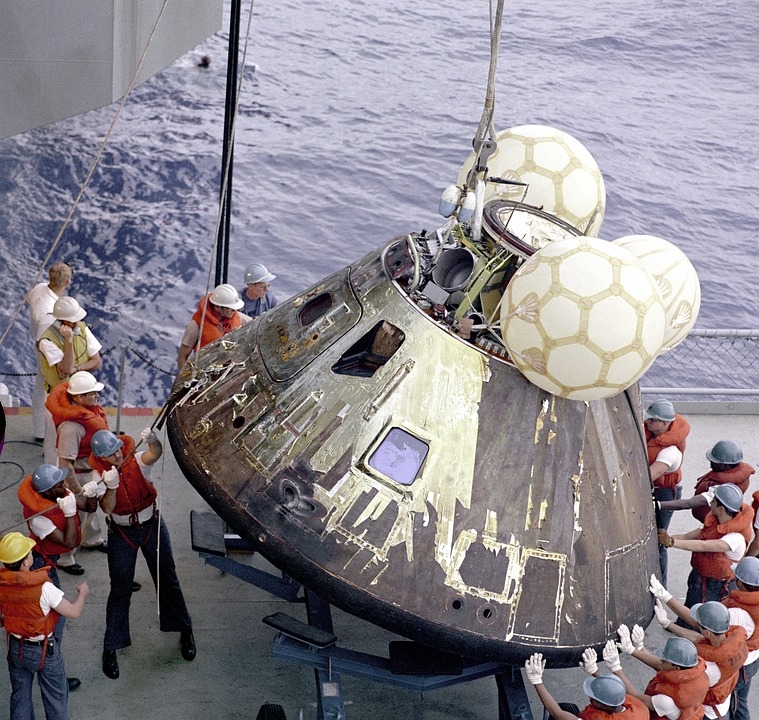 Ever since the historic Apollo 11 mission in 1969, NASA tried to gain momentum by sending in more people to the moon with Apollo 12 and Apollo 13. 2020 marks the 50th anniversary of the Apollo 13 mission.

Express reports that NASA celebrates the 50th anniversary of the Apollo 13 mission. At the time, the agency hoped that Apollo 13 would continue with the success achieved by the previous missions, Apollo 11 and Apollo 12. However, an oxygen tank malfunction on the way to the Moon resulted in the astronauts Fred Haise, Jim Lovell, and Jack Swigert to be unsuccessful in reaching their destination, and the moment NASA made the heroic effort to rescue them and bring them back to Earth.

NASA’s administrator Jim Bridenstine commemorated the event, saying, “Our goal 50 years ago was to save our valiant crew after sending them around the Moon and return them safely to Earth.”

Bridenstine added that their goal today with the upcoming Artemis mission remains to be the same. This time, there is the added goal of being able to stay on the Moon in a more sustainable manner. “We are working hard to ensure that we don’t need to respond to this kind of emergency in Artemis, but to be ready to respond to any problems we don’t anticipate,” said the NASA administrator.

In related news, astronaut Buzz Aldrin, who was part of the historic Apollo 11 mission, previously shared one part of the mission that neither he nor his colleagues Neil Armstrong and Michael Collins had no influence over. In a 2016 interview with Professor Brian Cox, Aldrin revealed that launching the Saturn V rocket beyond Earth’s orbit relied on NASA’s computer programming. “You’re not piloting anything, you’re along for the ride,” said Aldrin, who made history alongside Armstrong as the first two people to land on the moon’s surface.

However, Aldrin also noted that there was technically a solution in case something went wrong. “Technically, if things did go wrong, there’s a way you could do some steering, nobody has ever done it. There is that provision with the end controller, that if the guidance from the engine started to veer off, you could possibly get it straightened away, then separate.”