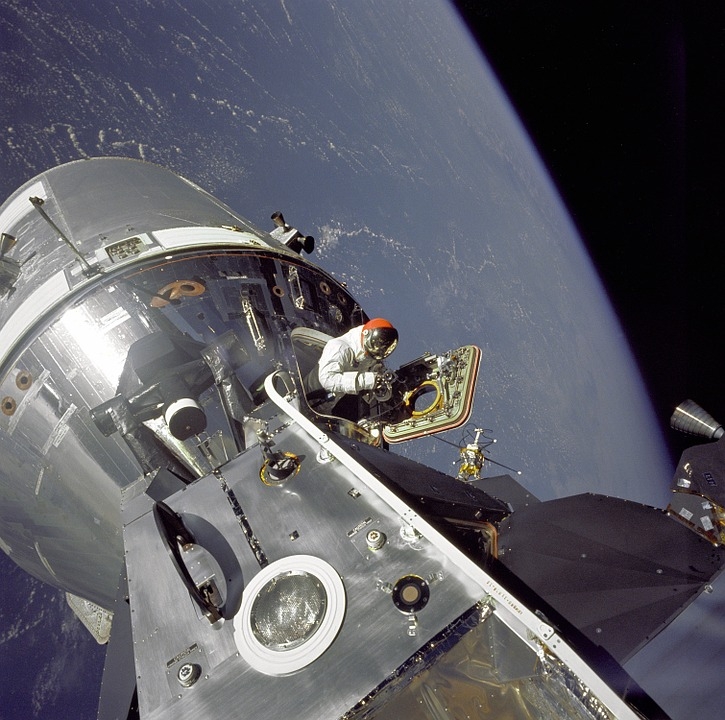 Four months before the historic Apollo 11 mission, three astronauts were flown into Earth’s orbit for 10 days, and the mission was known as Apollo 9. This year, to commemorate the anniversary of Apollo 9, US agency NASA released a special photo taken during the mission.

Express reports that the agency released a photo taken during the Apollo 9 mission that shows the mission’s lunar module hovering above the Earth. Commander James McDivitt, Command Module Pilot David Scott, and Lunar Module Pilot Russell “Rusty” Schweikart were the astronauts taking part in Apollo 9, which saw them complete 151 trips around the Earth in a span of 10 days, landing four months before Apollo 11’s scheduled takeoff.

NASA shared on its website, “Apollo 9 launched on March 3, 1969, and was the countdown to Apollo 11. Flown in low-Earth orbit, it was the first full flight of the Apollo spacecraft, the command and service module with the lunar module. The mission was flown to qualify the lunar module for lunar orbit operations in preparation for the first moon landing by demonstrating its descent and ascent propulsion systems. This would also demonstrate that its crew could fly it independently, then rendezvous and dock with the command module again, as would be required for Apollo 11.”

Since the Apollo 9 and Apollo 11 missions, NASA is determined to return to the moon with the upcoming Artemis mission that is set to take off in 2024. This time around, the agency plans to establish a permanent base on the Moon. The lunar base would then become a checkpoint between Earth and Mars while also serving as a place for astronauts to further study the Moon.

Meanwhile, people may get a chance to see a large asteroid pass by Earth at the time of its approach. The asteroid that is known as 1998 OR2, measuring more than a kilometer in diameter, is set to approach Earth by April 28th, getting as close as 6.3 million kilometers from Earth. According to astrophysicist Gianluca Masi, OR2 will be visible to telescopes by this time and added that the Virtual Telescope Project would also show the moment of its fly-by.