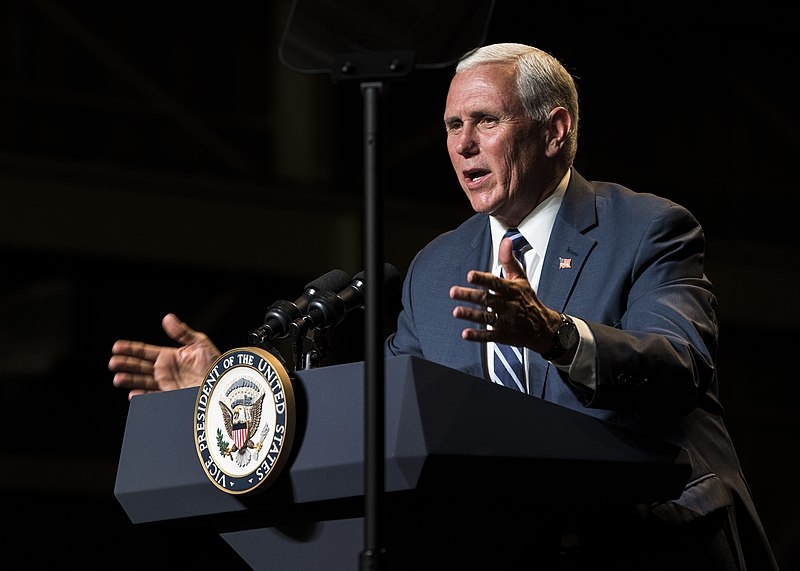 Now-former vice president Mike Pence was targeted by the pro-Trump mob during the January 6 Capitol insurrection. According to a White House reporter, Pence did more than refuse to overturn election results.

S.V. Date of the Huffington Post explained that Pence did not just refuse to overturn the 2020 election results but also refused to go along with the plot by Donald Trump and his allies to install alternate slates of electors in states that Joe Biden won. Date noted that Pence changed the traditional script of a roll call of electors to purposely leave out false electors.

“Not only did he not go along with Trump’s scheme to use ‘alternate’ slates of electors to give Trump a second term, he actively sabotaged it,” said Date.

Date also compared the difference between the instructions that then-vice president Biden gave to electoral vote counters in 2017 to the instructions Pence gave in 2021. Pence told the counters, “Announce the votes cast by the electors for each state, beginning with Alabama, which the parliamentarian has advised me is the only certificate of vote from that state and purports to be a return from that state that has annexed to it a certificate from an authority of that state purporting to appoint or ascertain electors.”

Date explained that Pence had already planned the instructions to especially reject any set of fake electors that Trump and his allies would try to push at the time. Pence’s refusal to overturn the election results led him to become one of the targets of the mob that stormed the Capitol at the same time.

The insurrection has since led to a suspected rift between Pence and his former boss, and speaking on Fox News, Pence told host Jesse Watters that he has not spoken to Trump since last summer. The former vice president recalled that in the days following the insurrection, he spoke with Trump and talked about what took place. Pence noted that they “parted amicably” on the issue.

Despite his life getting threatened during the riots, Pence has attempted to downplay the incident ever since.