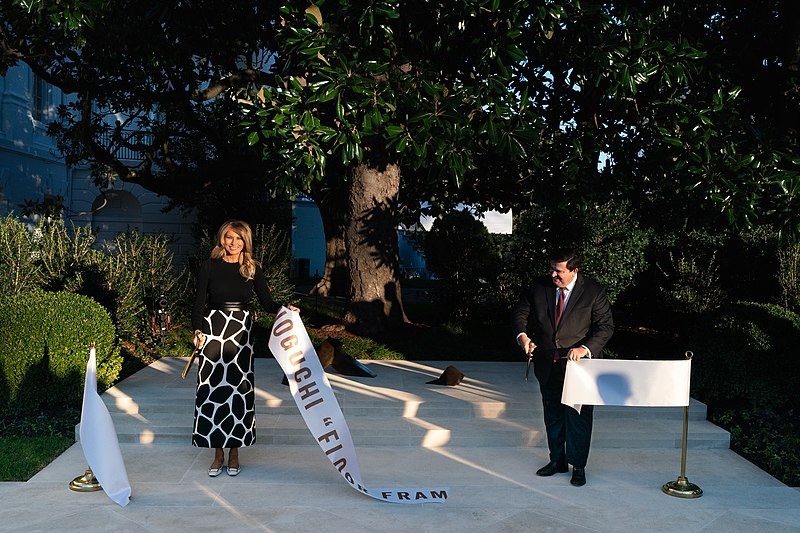 A new petition on Change.org is urging that Dr. Biden return the White House Rose Garden to its former glory, undoing the many changes Mrs. Trump made. Most of the criticism towards Mrs. Trump’s Rose Garden centered around the fact that the space was the biggest contribution made by former first lady Jackie Kennedy during their time in the White House. Among the changes Mrs. Trump made was to remove much of the colorful foliage that Mrs. Kennedy had placed back in 1962 when the garden was first made.

“Jackie’s legacy was ripped away from Americans who remembered all that the Kennedys meant to us,” said Liz Tapanes, who created the petition that now has around 40,000 signatures.

It should be noted that the renovation of the Rose Garden was funded through private donors and not through taxpayer money. The crab apple trees were also replanted on other parts of the White House. However, there were some benefits to Mrs. Trump’s renovations to the rose garden, such as paved walkways for added accessibility.

It remains to be seen if Dr. Biden would see this as a priority at this time, as the administration is more focused on the upcoming pieces of legislation that they hope to have passed through the House and the Senate. It would also be a big project for Dr. Biden to undertake at this time.

In other news, the former first lady has since largely kept away from the public eye after leaving Washington in January. Compared to her husband, Mrs. Trump has stayed away from politics and is keeping a low profile at the former president’s Mar-a-Lago resort, where they reside full time. Someone familiar with the matter revealed to CNN that Mrs. Trump hardly interacts with the resort staff whenever she is seen.

The source added that the former first lady also appears to be happy and relaxed when guests at the club do see her.