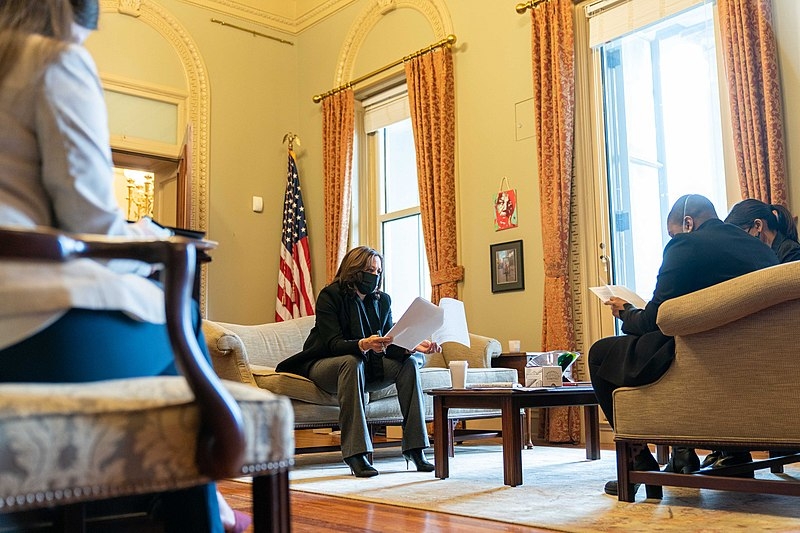 There has been a big debate between the US and the UK following the revelations made by Duchess of Sussex Meghan Markle and Prince Harry in their interview with Oprah. Prior to marrying the Prince, Meghan previously opened up about how she dealt with negative press back in 2019 but found herself a supporter in now-Vice President Kamala Harris.

“This is incredibly important. We must remember that it’s a sign of strength to show emotion,” said Harris in 2019, regarding Markle opening up about dealing with the negative publicity. “Meghan, we are with you.”

The Biden administration also expressed support for Markle and praised the Duchess for speaking up about mental health. White House Press Secretary Jen Psaki noted Biden’s stance towards investing in mental health and how it is a priority under his administration. During the Sussexes’ interview, Markle claimed that the Royal Family expressed concerns regarding their son Archie’s skin tone before he was born. Prince Harry also backed up Markle’s claim, but both did not disclose further details.

However, reception towards the couple following the interview has been very mixed in the UK. Polls have shown that the Sussexes popularity has reached its lowest level after the interview, with 48 percent looking negatively at the Duke of Sussex, while Markle had 31 percent favorability among UK residents.

In other news, Harris expressed her support for California Governor Gavin Newsom, who is facing calls to step down from Americans across the board due to his response to the pandemic in the state.

Newsom’s counter-campaign called StopTheRepublicanRecall.com featured statements from fellow Democratic figures like Senators Cory Booker, Elizabeth Warren, Bernie Sanders, Stacy Abrams, and Congresswoman Katie Porter endorsing the governor. While Harris’ was not mentioned on the list of figures expressing support for Newsom, her phone conversation with the governor when she boarded Air Force Two for Las Vegas indicates her name should be on the ballot.