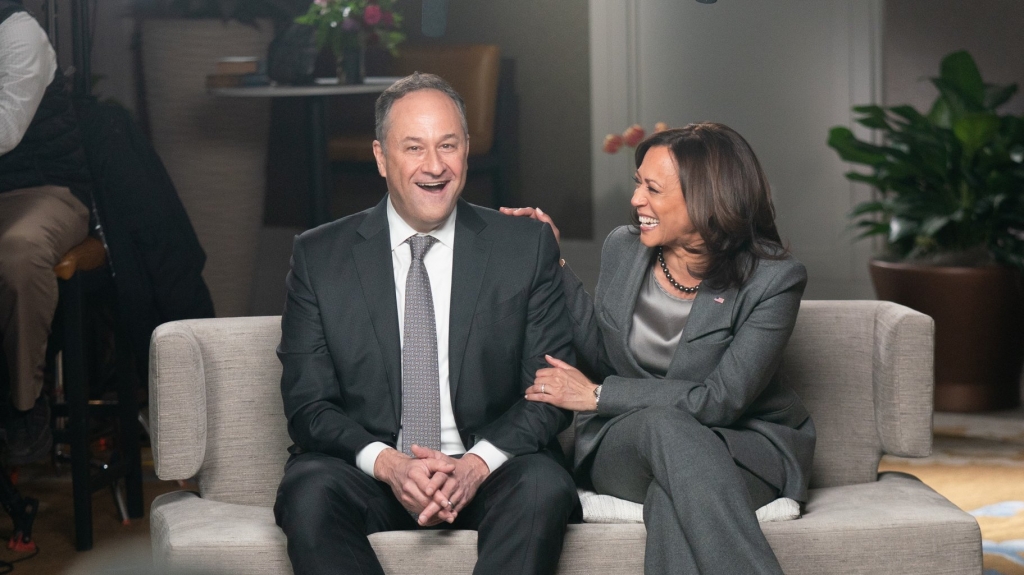 Aside from Kamala Harris becoming the first female vice president of the United States, her husband Doug Emhoff will become the first, second gentleman of the country. The couple recently appeared together in an interview where Harris made a surprising revelation about their first date.

Harris and Emhoff sat down for an interview with Jane Pauley of CBS Sunday Morning, where they talked about a wide range of topics over the weekend. Pauley then asked the vice president-elect if she ever searched Emhoff on Google back in 2013, where they would meet on a blind date. Harris revealed that she did, despite her best friend’s insistence to trust her. At the time, Harris was serving as the California attorney general while Emhoff was a Los Angeles entertainment lawyer. The couple would marry a year later in 2014.

The couple would later share photos from the interview on social media, humorously referencing the revelation. Emhoff recalled that he was at a Lakers game with a friend when he first decided to text Harris, calling her the next morning to leave a voice message. Emhoff shared that after that message, he was worried that he may never hear from her again. However, Harris shared that she found his message adorable and Emhoff revealed that Harris would play the message on their anniversaries.

Meanwhile, Harris has not only made history by being the first female, first Black and South Asian to become vice president, but the evenly divided Senate under the incoming administration would also reiterate how important her role would now become. Harris’ spokeswoman Symone Sanders revealed that while Harris’ portfolio has yet to be determined, she will be actively involved in all aspects of Biden’s agenda.

“There are pieces that Biden may specifically ask her to champion, but outside of that, she is at the table for everything, involved in everything, and giving input and feedback and being a supportive partner to him in all pieces,” said Sanders.