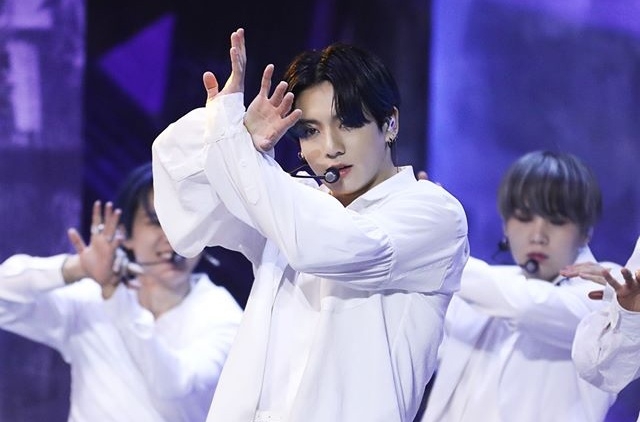 His popularity has earned Jungkook many nicknames such as the “Golden Maknae,” “King of Sold Out,” someone with “Mida’s Touch,” “Social Media King” and a lot more. With his amazing power and influence, he can sell anything that he uses even without promotion thus he is said to have that “Mida’s touch.”

In any case, his abilities and endless skills that even his co-members RM, Jin, Jimin, V, J-Hope and Suga are amazed made the title “Golden Maknae (youngest in Korean), perfect for Jungkook. Now, it has been seven full years since he debuted as an idol singer and since he is the “king,” his fans have sent extraordinary gifts even in this time of the coronavirus pandemic.

Various fan accounts have revealed what they have done to celebrate Jungkook’s seventh anniversary in the biz. In particular, Chinese fan clubs that are known to offer extravagant gifts to their favorite idols, have again shown the world how they can go all-out for the BTS member.

The fan club called Made in 1997 with 1.7 million followers revealed that they will be launching the “7th Anniversary Support - Follow the 7 map of Seoul” activity to mark Jungkook’s debut day. They will be posting advertisements and posters in Seoul’s seven districts plus LED ads in malls and main subways like the Konkuk University station.

Jungkook debuted on June 12, 2013, and he was only 17-year-old at that time. He is the youngest in BTS but he trained earlier than some of his co-members. He was 15 when he first came to Seoul to audition and become an idol.

Meanwhile, since this is Jungkook’s debut, it is also the whole BTS’ debut date as well. For this occasion, the group is preparing to celebrate with their fans.

Last week, the uploaded a teaser for the 2020 Festa that will take place on June 13 and it was officially titled “The New Journey to #2020BTSFESTA.”