BTS is bringing back the ‘Bang Bang Con The Live’ for the ARMYs; Here are the details of the online concert 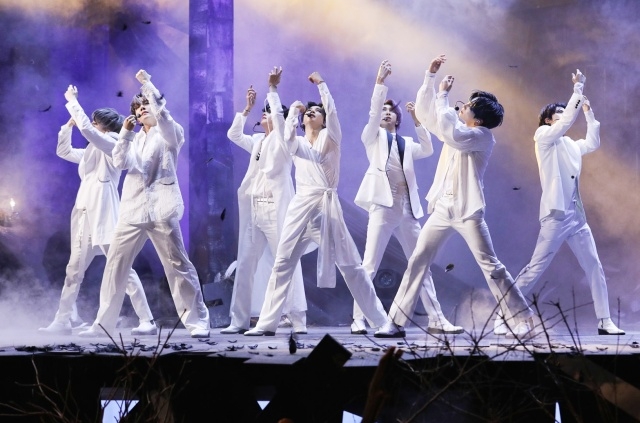 BTS will be offering another online concert soon! Big Hit Entertainment confirmed the event and shared the details for the upcoming “Bang Bang Con The Live” show.

Firstly, it was revealed that it has been scheduled a day after BTS marks its 7th debut anniversary, which means it will be taking place on June 14 at 6 p.m. KST. Just like the first online concert, it is expected to be live-streamed on YouTube.

On May 13, Big Hit Entertainment announced that BTS is holding a live-streamed concert, and the goal for the performance is to reconnect with the ARMYs again who are affected by the lockdowns due to the coronavirus pandemic. The Korean boy band’s world tour was supposed to start on April 25, but it was canceled worldwide as COVID-19 spreads.

There are travel restrictions that BTS could not travel as well, and with people being ordered to stay at home, the online concert is the best option that the members - RM, Jungkook, Jimin, V, Jin, J-Hope and Suga, can do for their fans. This is like killing two birds with one stone because this set up will not only protect their fans from the virus, but it will also keep their line of communication open.

As posted on Soompi, part of the statement from Big Hit reads: “BANG BANG CON The Live” is an online live concert that will let BTS and ARMY continue to nurture their special connection together while keeping everyone safe and healthy!”

Then again, it should be noted that this is different from the first “Bang Bang Con,” as this will be a pay-per-view show. The paid concert is also expected to be live instead of a recorded feature. The show will run for about 90 minutes and tickets will be sold via Weverse Shop starting June 1.

“I want to include the message that no matter what’s going on in the outside world, our lives go on,” UK’s Metro quoted RM as saying when he was suggesting what songs they should offer next.