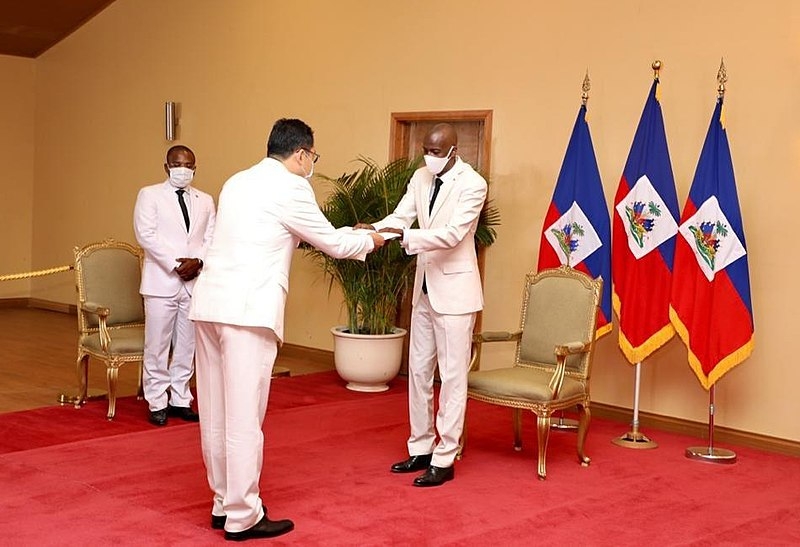 More revelations are coming to light regarding the assassination of Haitian President Jovenel Moise in its ongoing investigation. The Haitian National Police report reveals that Moise was actually a lot more vulnerable as two of his own guards were informants.

A 127-page report by the Haitian National Police was obtained by the Miami Herald, revealing that two of his own guards served as informants to the hit group that murdered Moise. The alleged killers have also known Moise’s every move with one of the masterminds behind the murder even rented an apartment close to the Haitian leader’s private residence, watching the estate for ten months with the Colombian hitmen until before the murder overnight between July 6 and July 7.

“During this attack, [his guards] showed much passivity that they showed no intention of defending the Head of State, let alone the presidential family,” said the Haitian police investigators. “By their attitude, they facilitated the access of the attackers to the residence of the President.”

Moise was revealed to have been beaten up before getting shot multiple times. Moise’s wife, Martine Moise, was severely wounded and left for dead and was rushed to the hospital when they were discovered by the authorities. Mrs. Moise, who survived, recently declared her intentions to run for the presidency.

“The president’s appeals for help addressed to those in charge of the presidential security structure, were in vain,” the police also said in the report.

Moise reportedly did not trust anyone, according to the outlet, and ran his own surveillance system, and did not have anyone he considered a trusted friend. On the night of his murder, Moise called for reinforcements, informing police officials that he was in danger.

Aside from the group of Colombian hitmen that have been accused of carrying out the assassination, among those suspected to have some involvement in Moise’s murder is the sitting Haitian Prime Minister Ariel Henry. The country’s top prosecutor last week wrote a letter to the judge handling the murder case calling for charges to be pressed against Henry.

The Port-au-Prince government commissioner, similar to that of a federal prosecutor, Bed-Fort Claude, cited Henry’s phone calls with one of the main suspects around the time of the murder. Shortly after Claude’s calls to press charges against Henry, however, he was dismissed from his post. It remains to be seen if the judge will take up the recommendation.